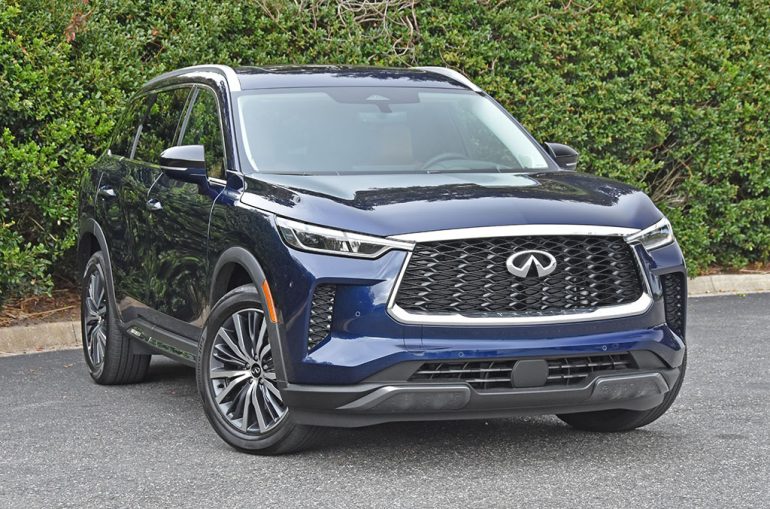 Infiniti has undoubtedly had its challenges in the past, but things are looking up thanks to vehicles like the redesigned QX60. After a second brush with the newly redesigned Infiniti QX60, I find that I better understand where the brand is heading, which is a good thing. Looking at the collective of the QX60 and its purpose while overlooking the few shortcomings I can see a bright horizon for Infiniti and the sales figures of the 2022 and 2023 QX60 will prove such, just sit back and wait.

For the 2023 model year, the Infiniti QX60 remains unchanged from its complete redesign from the 2022 model year. Having a second go at the new QX60 I’m quickly reminded of the definitive flaws it has but its luxury appeal and value overshadow those nitpicking issues, which remain to be the slow-shifting 9-speed automatic transmission, the finicky haptic-touch controls for the climate and audio system, and a somewhat lackluster level of performance surrounding acceleration and responsiveness. However, having a transmission with real cogs instead of the outgoing Continuously Variable Transmission of the past is a major improvement in my book that sets a new desirable tone for the QX60 that can now hit 60 mph in 7.3 seconds over the outgoing model’s 8-second feat. 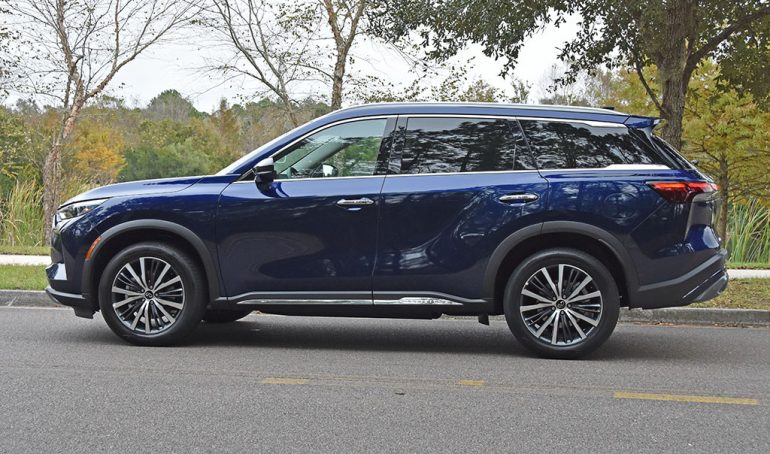 Powering the new Infiniti QX60 is a return of the 3.5-liter V6 engine, which is a good choice in utilizing its proven legacy in powering countless other vehicles in the Nissan and Infiniti world. In the QX60 the V6 is polished to the tune of 295 horsepower and 270 lb-ft of torque sending power through the welcomed 9-speed automatic transmission. In the all-wheel-drive configuration, the QX60 is surefooted and sometimes breaks the front wheels loose as it remains to be a front-wheel-drive-biased vehicle with its transverse-mounted engine. 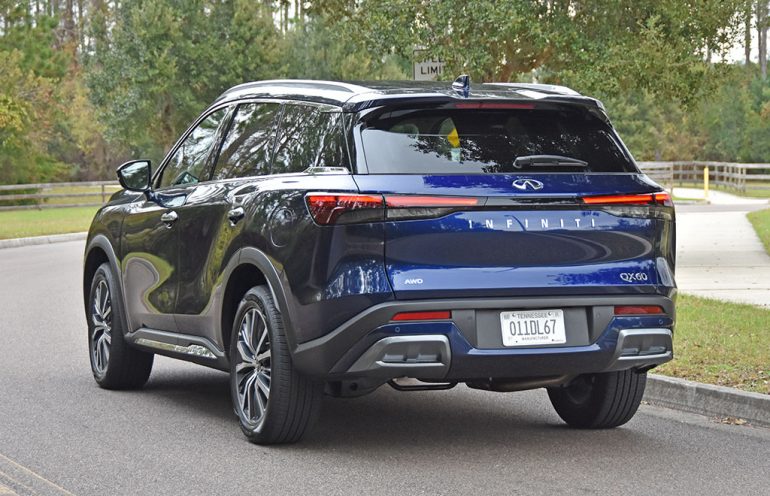 The power is decent but the QX60 could use a bit more as the transmission seems to be somewhat of a weak spot where it shifts slowly at times especially when you require immediate power, and it is forced to downshift from either 8th or 9th gear to a much lower cog. I even find that the transmission hesitates almost to the point where it’s a little dangerous when you require power that’s dependent on a several-gear downshift. 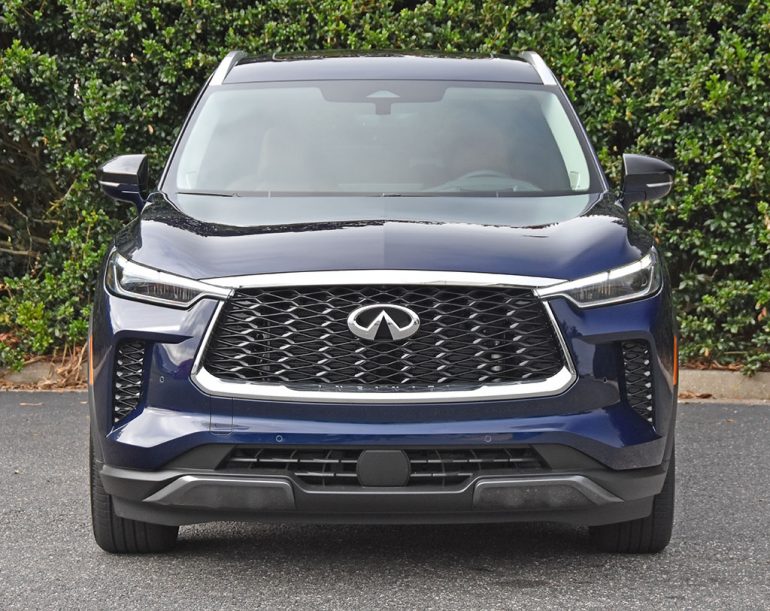 Apart from the transmission shortcoming, the 9-speed automatic is miles better than the old CVT and another step in the right direction for Infiniti. Having already experienced the new QX60 there’s an appreciation for pairing the V6 with an automatic transmission with real gears, even if they shift slow at times and take a full two seconds to shift into Drive, Park, or Reverse, which is annoying. The steering feel is mostly numb followed up with some wondering as its return-to-center seems a bit slow.

I divulged other interesting details about the new QX60 in my previous review, which settle on a decent-performing midsized 3-row luxury crossover for most. 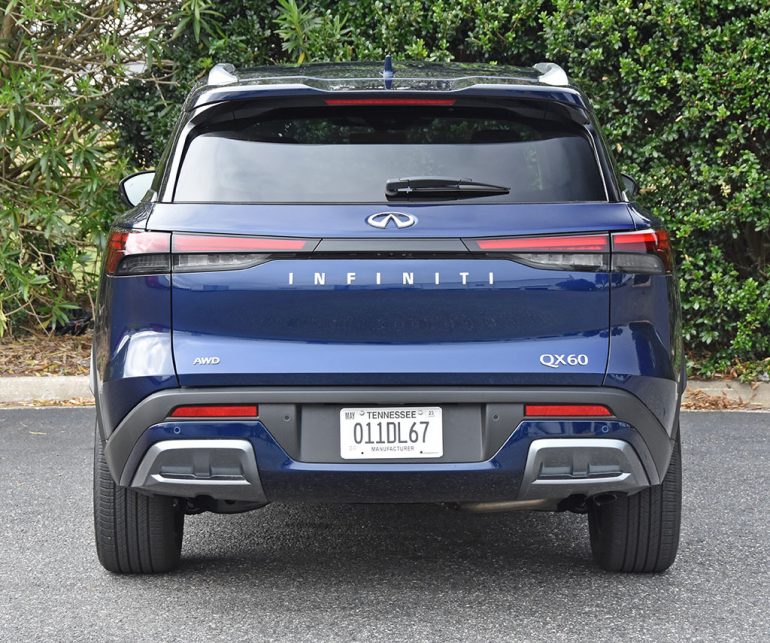 Fuel economy is respectable at 21 mpg city, 26 mpg highway, and 23 mpg combined in the front-wheel-drive models. All-wheel-drive models like my QX60 Sensory AWD test vehicle get one less mpg across the board for the EPA estimates of 20 mpg city and 25 mpg highway. Real-world driving easily matches the EPA figures.

The interior of the new QX60, even in the Sensory AWD trim level, is an inviting space that exudes a respective level of luxury through many soft-touch surfaces, leather seats, accent stitching, open pore wood trim, and a neat back/lumbar-area-only massage feature for the front heated and ventilated seats. The second-row bench seat is accommodating for three passengers as is the third row for two adults that are not over 6 feet tall making the QX60 Sensory a 7-passenger crossover. 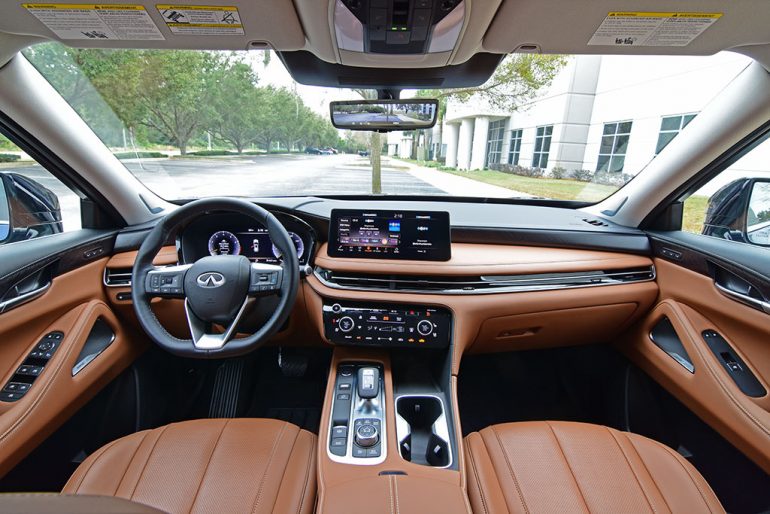 The 12.3-inch touchscreen infotainment system has a slight learning curve that is, again, hindered by the cumbersome use of the audio controls for changing stations. Otherwise, the system is mostly user-friendly and straightforward with the integration of wireless or USB-connected Apple CarPlay and Android Auto. Use of the haptic-touch buttons does take some of your focus off the road as there are no feel points for your fingers, only a large flat glossy area for the lit button spots. 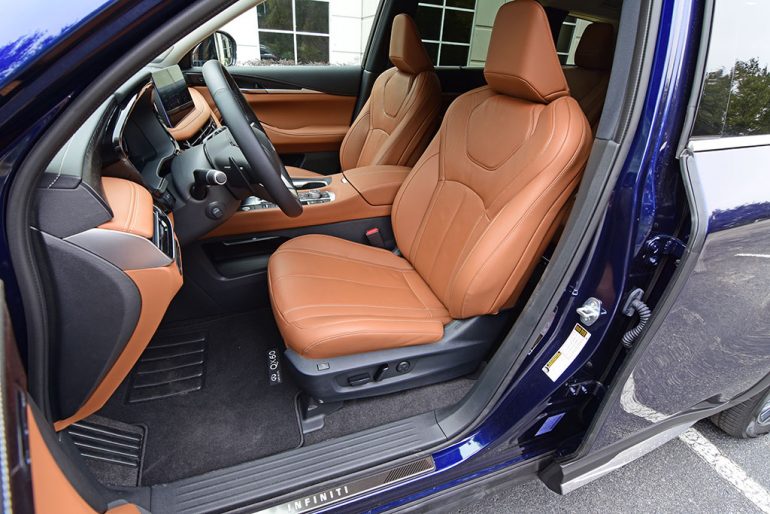 Cargo space is good and competitive in the QX60’s field of competition and you can tow up to 6,000 pounds in the AWD configuration. Front-wheel-drive models are limited to 3,500 pounds for towing. 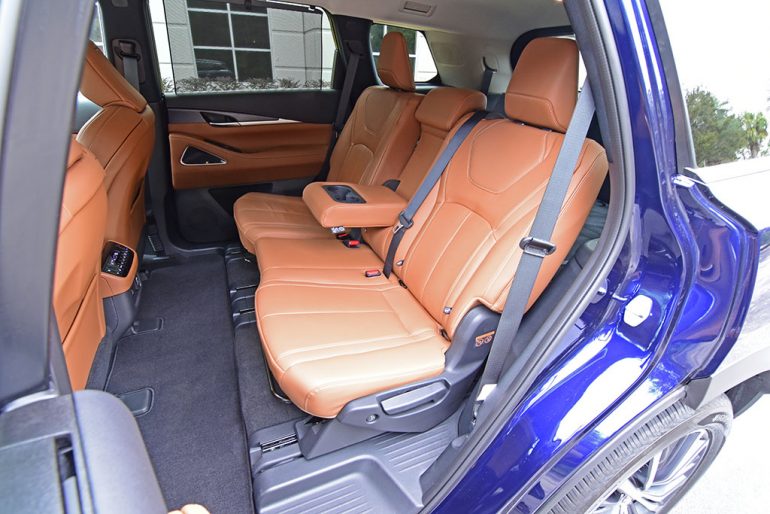 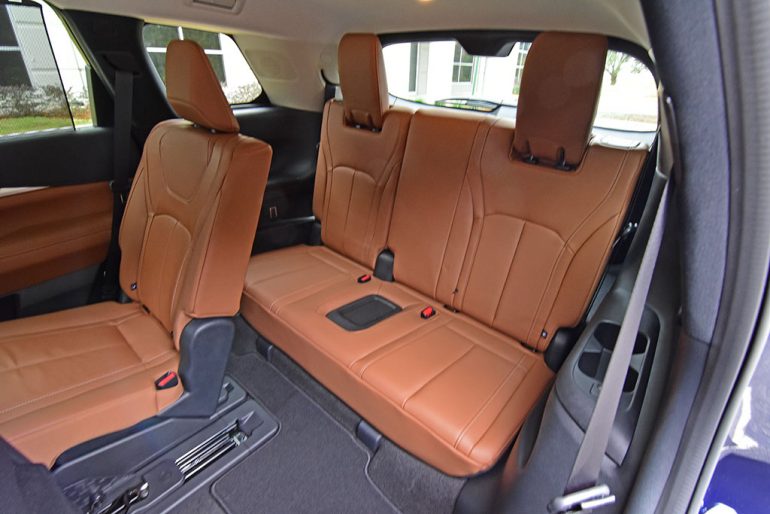 Infiniti has done its homework in improving just about every aspect of the QX60 and I am certain sales figures will support such in keeping with the outgoing model’s sales pace as it tends to undercut some competition around pricing. For the 2023 model year, the new Infiniti QX60’s starting price increases by $2,350 to now start at $49,200, which remains decent considering its improved level of luxury. My 2023 Infiniti QX60 Sensory AWD test vehicle, which comes just about fully loaded, prices out at about $64,000. 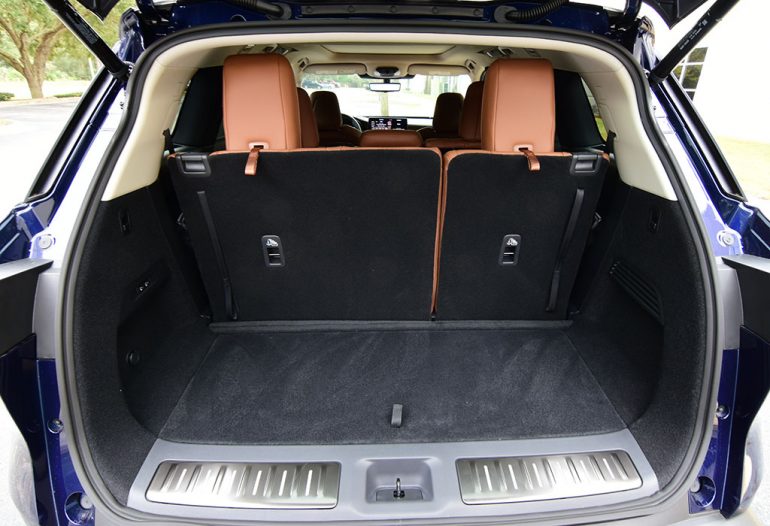