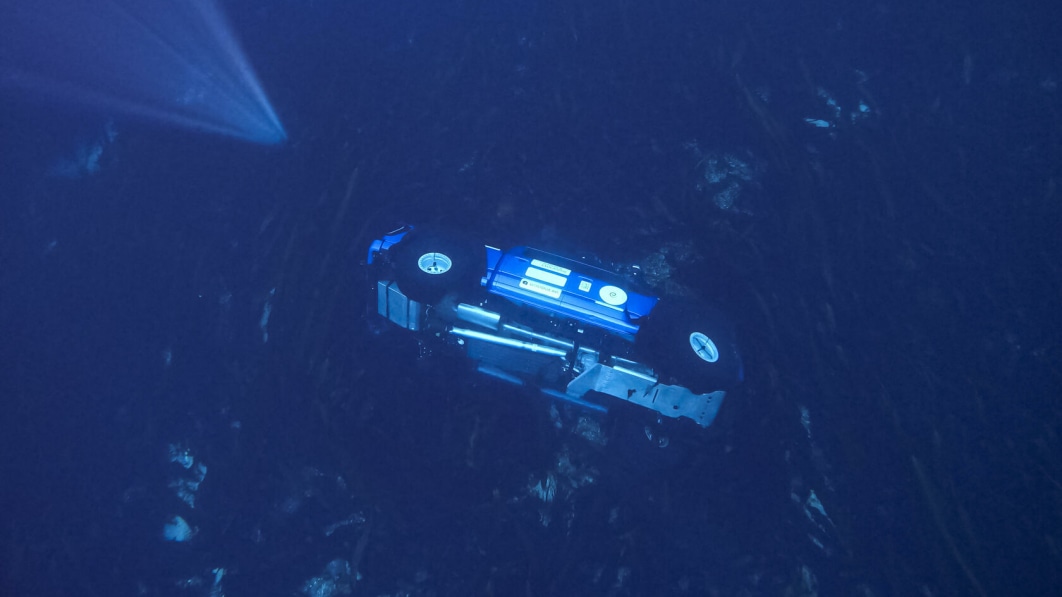 Back in March a modified Ford F-150 fell through some ice near the Tasmania Islands at the Arctic Circle. The truck was part of a circumnavigation journey called the Transglobal Car Expedition, which returned five months later to recover the vehicle from the Arctic Ocean. The team employed divers, air bag flotation devices, and a helicopter to recover the truck.

The rig was no ordinary F-150. It had been heavily modified by Arctic Trucks to its AT44 spec, which means it sported massive 44-inch tires ideal for keeping the truck “floating” on deep snow. If the company sounds familiar to you, that’s because it’s the same one that outfitted Top Gear’s modified Toyota Hilux trucks for its journey to the North Pole. The bulk of its conversions are based on Toyotas, including the Land Cruiser, both the original and the Lexus GX equivalent, but the company also modifies Isuzu, Nissan, Mercedes Sprinter, VW Amarok, and Iveco trucks and SUVs.

Arctic Trucks’ work involves frame modifications to the F-150, and while its front suspension is lifted about an inch, the rear is kept at stock height to maintain a low center of gravity. Locking differentials and cabin-operated air-up/air-down systems are also invaluable additions when traversing off-grid.

Unfortunately, the outfitting wasn’t enough to keep the Ford from breaking through the surface when trying to ford (ha!) an ice-covered Franklin Strait on March 23. Driver Torfi Birkir Johannsson recounted the harrowing situation:

I suspected quickly that it is deep water under and we will be losing the car, my thinking went “what do we need most before we lose it”. I evaluated if I should go back into the car to get a few clothes there, my phone, my computers, etc., but decided to jump on the roof rack and get the extra heavy clothing all four of us had stored on this car.

I managed to free two straps and the four bags, my thinking was we would need this especially if the other car would also go down and jumped off to bring these bags to safer ice.

No other vehicles were lost, but the team says they wanted to leave the site in as pristine condition as possible. So they spent the months since figuring out how to recover the sunken Ford. The solution was for experienced arctic divers to attach large air bags to the truck and float it to a nearby island.

There, it was inspected and secured as a sling load to a Super Puma helicopter to nearby Taloyoak in Nunavut, Canada. The mission in one of the most remote areas of the globe proved successful, as Car and Driver reported. The Ford now awaits the next ship that can take it to Montreal.

The team learned valuable lessons from this endeavor, which is only a trial run for the actual longitudinal circumnavigation. That 25,000-mile trip will start in September at the southern tip of Argentina, head north through South and North America before reaching the North Pole.

The plan is to leave the F-150s in Resolute, Nunavut, and proceed with the additional four Russian Yamelya six-wheeled amphibious vehicles. From there, the team of 16 plans to cross the arctic and travel south through Greenland. They will arrive by ship to Denmark before crossing Europe and Africa. Finally, they plan to traverse Antarctica back to Argentina, arriving in January 2024.

The purpose of the expedition is to “unite people all over the world in one common journey,” according to the group’s website. The team consists of Americans, Canadians, Russians, Ukrainians, and Icelanders.