When the film Gone in 60 Seconds was released in the year 2000 it created a new automotive legend – Eleanor. The car became a pop culture icon, much like Mad Max’s Ford Falcon XB GT, James Bond’s Aston Martin DB5, or Doc Brown’s DeLorean.

A few years after the film’s release it became possible to buy an officially licensed “Eleanor” Ford Mustang, with an Eleanor VIN plate and emblems issued by Gone in 60 Seconds® LLC, the owner of the Eleanor licensing rights.

The First Gone in 60 Seconds Eleanor

Despite what many people think, the first Eleanor wasn’t actually the modified Shelby Mustang GT500 driven by Nicolas Cage in the 2000 remake of Gone in 60 Seconds. It was actually a yellow 1973 Ford Mustang that appeared in the original 1974 film Gone in 60 Seconds by H. B. Halicki.

Above Image: The entire original 1974 version of Gone In 60 Seconds is available to watch on YouTube – including the scenes with the first Eleanor.

The original 1974 became a cult classic almost overnight when it made $40 million at the box office after costing just $150,000 to make. It was directed, written, and produced by renegade filmmaker H. B. Halicki who also played the lead role.

In 1995 H. B. Halicki’s widow Denice Shakarian Halicki licensed the rights to the film to Disney and Jerry Bruckheimer, and she was an executive producer on the film.

In the 2000 remake Randall “Memphis” Raines played by Nicolas Cage had to steal 50 very specific cars in order to save the life of his brother Kip Raines played by Giovanni Ribisi. One of these cars was the new Eleanor – a significantly modified 1967 Shelby Mustang GT500.

Eleanor played a significant role in the film and left an indelible mark on movie goers, even today 22 years after the release of the film people still remember it clearly, long after the specifics of the plot have evaporated from memory.

Upon seeing Eleanor on the silver screen for the first time many young viewers made a pact with themselves to buy one when they grew up, and those viewers are now well and truly into their adult lives. 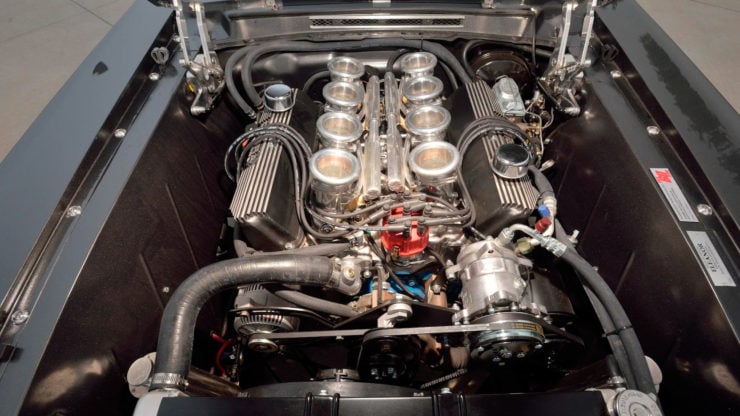 This Eleanor is powered by a fuel-injected Ford FE 428 V8 and power is sent back through a 4-speed Toploader manual transmission with Hurst shifter into a 9″ Ford rear end.

Demand for Eleanor clones has always been high but Denice Halicki, H.B. Halicki’s widow, has been strict with the intellectual property rights, preventing unlicensed Eleanors from being made. There have been two officially licensed, limited volume production runs, the most recent of which is still underway now for those with pockets deep enough.

Each of these “new” Eleanors is based on a new Ford-licensed Mustang replacement body, however the company can use your own Mustang if preferred, or they can find an original 1967 shell if required.

Power is sent back through either a 4, 5, or 6 speed manual transmission depending on specification, and an automatic transmission with overdrive is on offer also. The rear end is a Ford 9″ with a modern multilink arrangement on coil springs, with a matching disc brake. 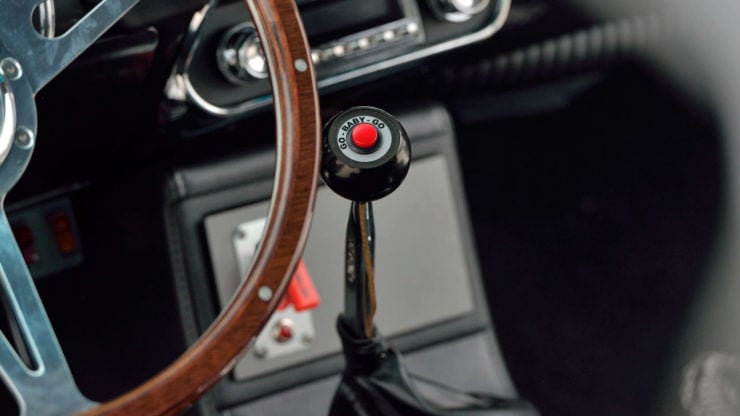 As you would expect, the car is fitted with the famous Go-Baby-Go nitrous button on the shifter, which is plumbed into a (currently non-functioning) NOS system.

A great deal of care goes into getting the exterior and interior of the car to look right and remain true to the stunt cars used in the film, and certain concessions are made for modernity, like air conditioning, power brakes, and power steering.

The Eleanor you see here is now due to roll across the auction block with Mecum in early November, it comes with all the official paperwork, it’s powered by a fuel-injected Ford FE 428 V8, it has the Go-Baby-Go NOS button on the gear lever, and it even has an Eleanor Nitrous bottle (currently non-functional).

If you’d like to read more about it or register to bid you can visit the listing here. 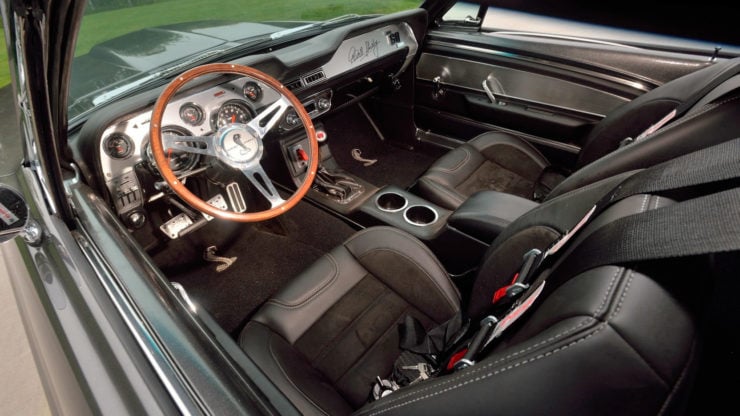 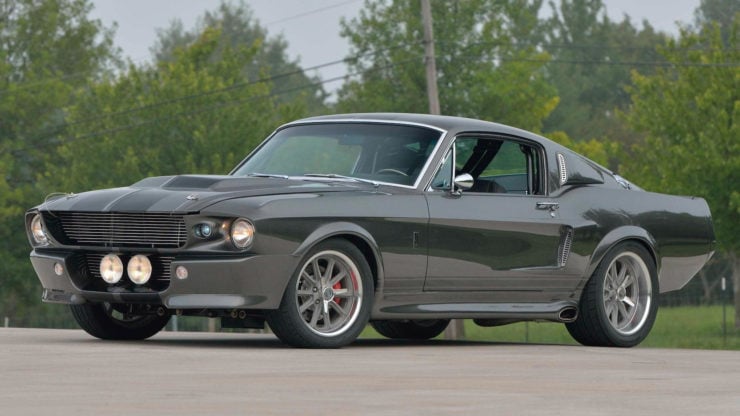 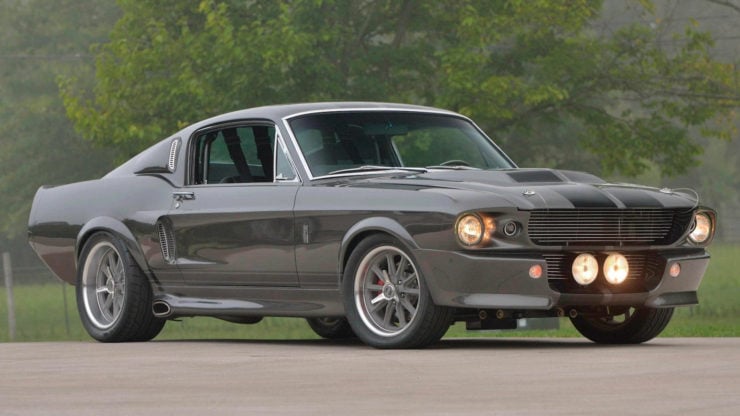 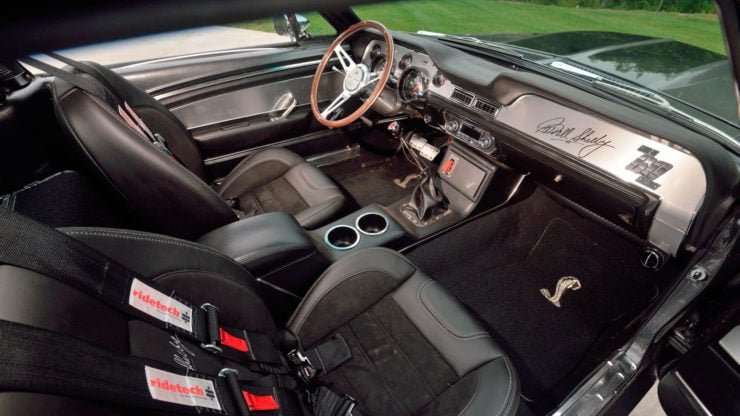 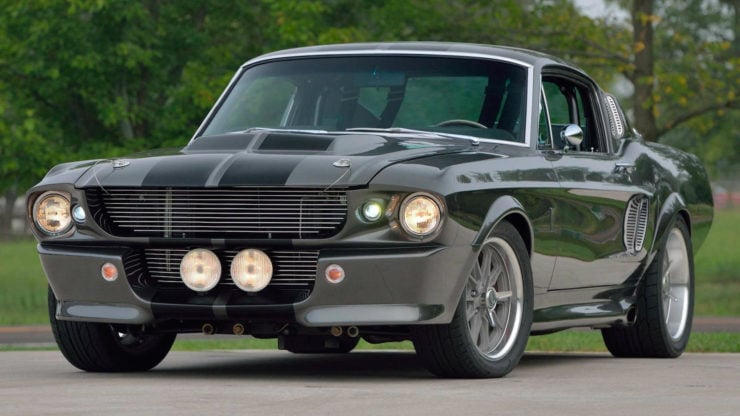 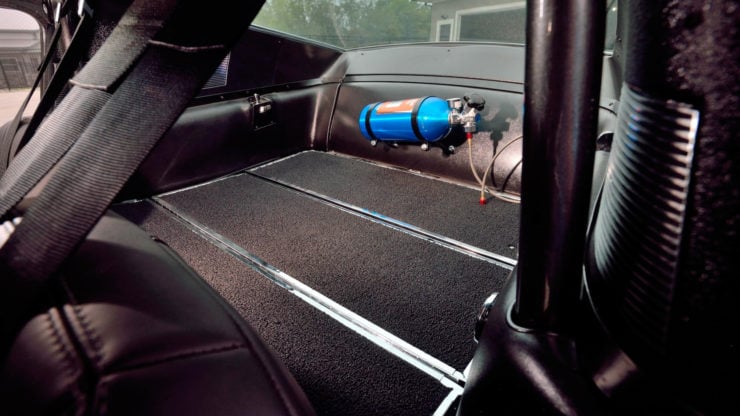 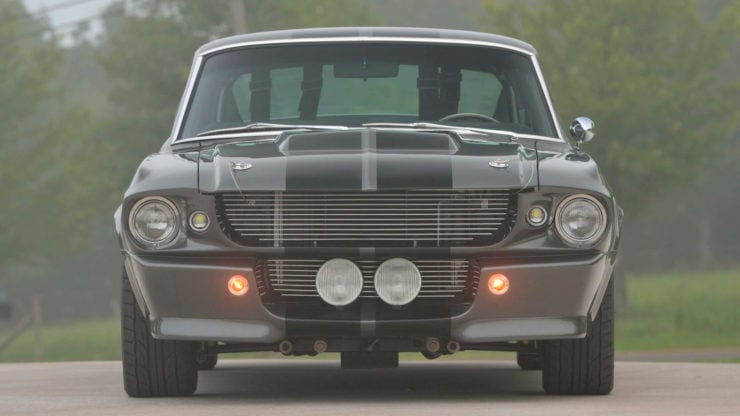 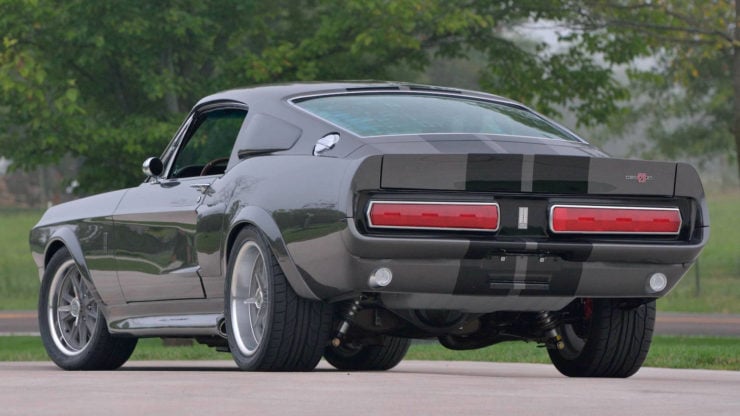 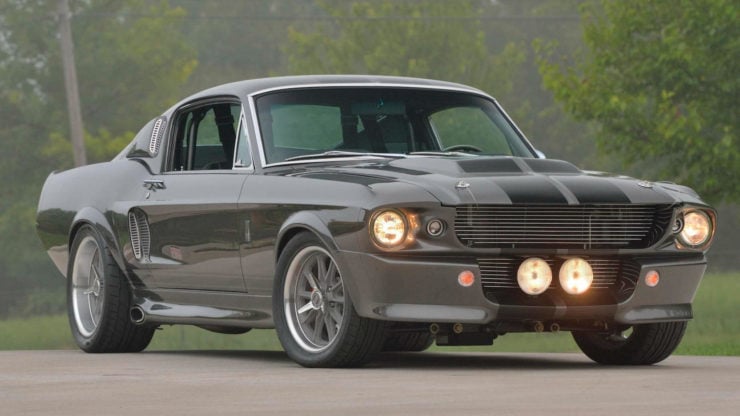 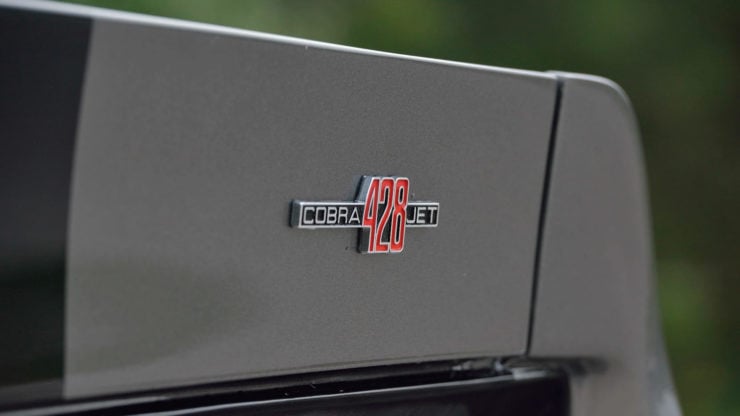 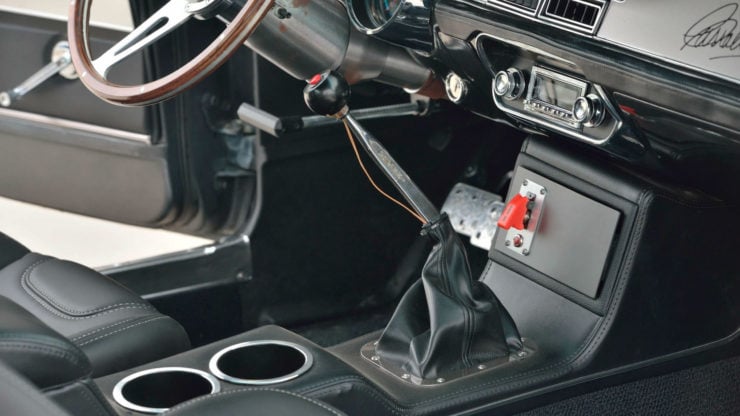 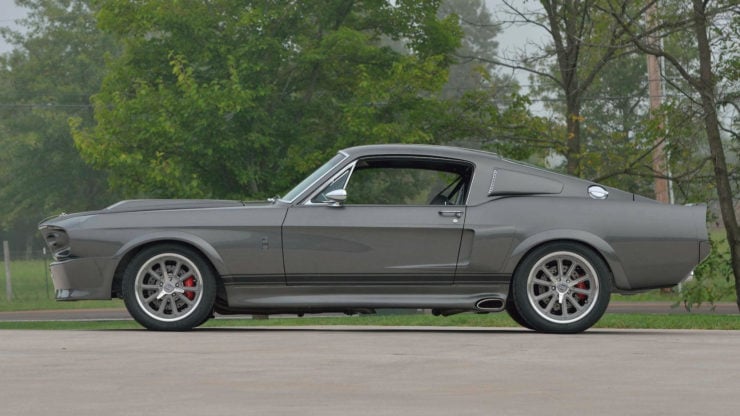 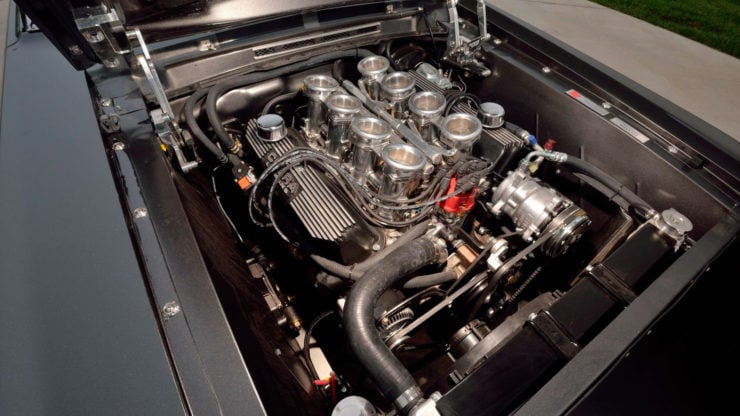 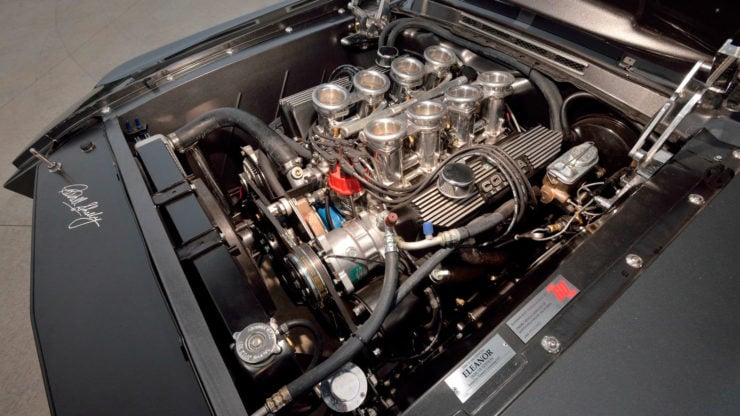 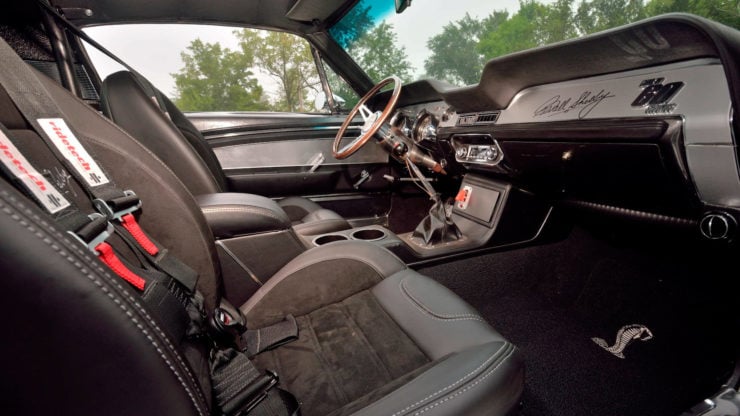 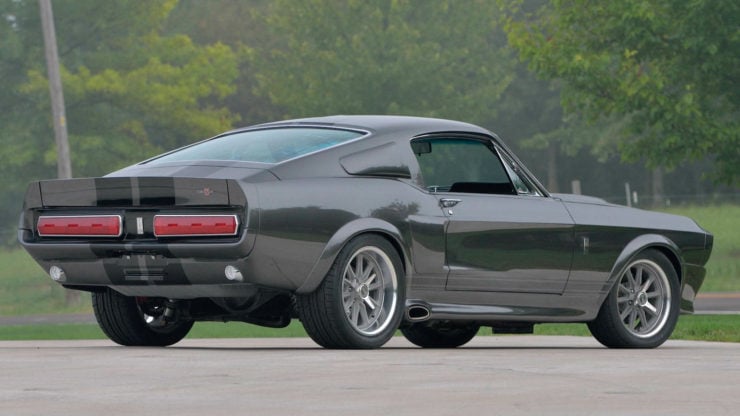 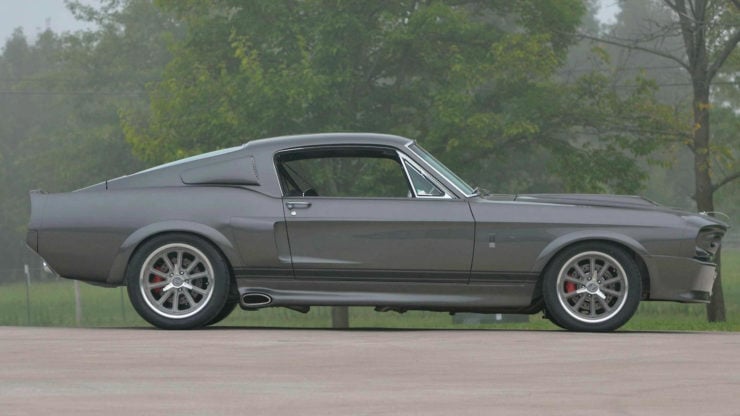