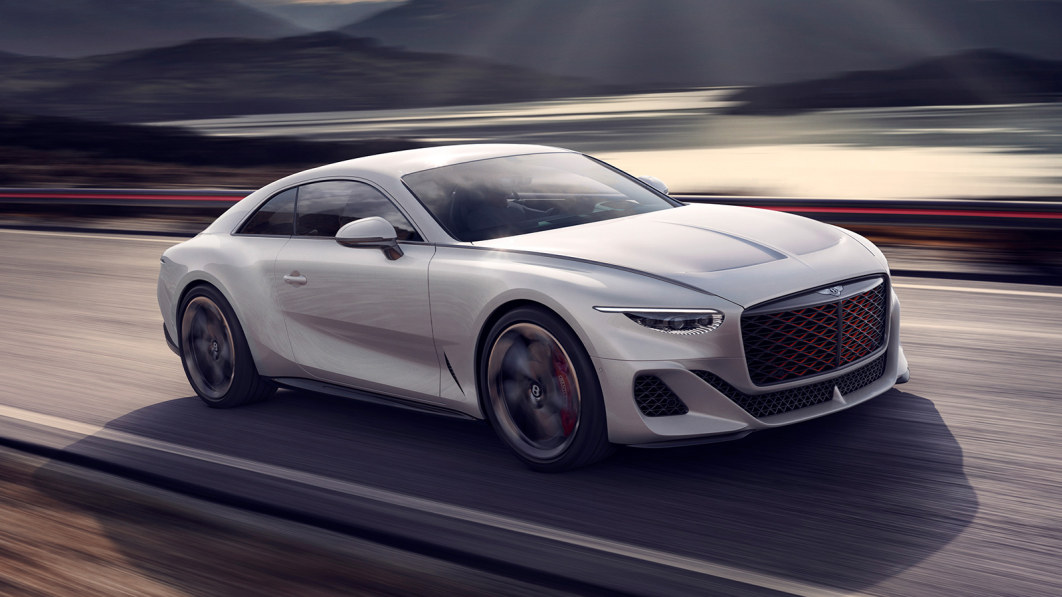 Bentley has revealed its second special Mulliner coach-built model, and it represents a crossroads for the brand. It’s called the Bentley Mulliner Batur, and it’s a sendoff for the core engine for Bentley, the twin-turbo W12. It’s also a sign of things to come. The styling you see here will be adapted for Bentley’s future electric cars.

The car is clearly Bentley right from the get-go. It has the long front end, the prominent, rounded rectangular grille, rearward placed cabin and wide, flowing rear fenders. But it has a more aggressive look than some recent Bentleys. The grille looks as though it’s leaning more forward. Instead of round headlights, it has sweptback units that look like eagle eyes. The rear glass, instead of kicking up, stays low along the belt line. The tail has almost a boattail look and has slender taillights. It’s Bentley, but it’s also new.

The inside is clearly closely related to the Continental GT, which is no bad thing. But it can be set apart with special materials. Buyers of the Batur will have the ability to customize almost every aspect of the car with different leathers from different locations, different interior trimmings and upholstery designs. Bentley is offering some very unique materials, too. Metal pieces such as the organ stop vent switches can be made from titanium or even 3D-printed 18-karat gold. Some of the interior trim can be made from a natural fiber composite, which is like carbon fiber, but made from naturally occurring fibers rather than synthetically created carbon. The natural fiber can be used for the front splitter, side skirts and rear diffuser as well. And of course the exterior can be customized with just about any paint and graphics imaginable.

Bentley says that the Batur is powered by the most powerful iteration of the twin-turbo 6.0-liter W12 yet. It makes 730 horsepower and 738 pound-feet of torque. It’s paired with adaptive air suspension, active anti-roll bars, all-wheel drive, four-wheel steering, an electronic limited-slip differential and torque vectoring to help it handle as well as it can go in a straight line. Stopping it are a set of carbon silicon carbide brakes with 10-piston front brake calipers and four-piston rears.

Only 18 Baturs will be built, and they’re all spoken for. Pricing started at 1.65 million British pounds, or $1.95 million. Though there will only be a few of these Baturs, keep an eye out for its design to show up in the Bentley EVs that are coming starting in 2025.