The BMW X5 xDrive45e is one of the most popular models in the upper class of BMW crossovers. But despite its success, the plug-in hybrid drivetrain tech hasn’t transferred up to the BMW X7 family. Of course, that’s an interesting choice by BMW, especially since the X7 was first shown in concept form as a hybrid. But according to BMW engineers, there would have been far too many trade offs in a production series X7.

For starters, the battery pack would have added quite a lot of weight to an already heavy SUV, for very minimal gains when it comes to pure electric range. Furthermore, the battery pack in the X5 PHEV is located underneath the luggage compartment floor. Thus, a slight reduction in luggage capacity would have occurred in the BMW X7 as well. The cargo space – with all the seats in the standard position – is already limited to 12.8 cubic, compared to the Mercedes’ GLS and its 17.4 cubic feet of cargo space behind the third row. 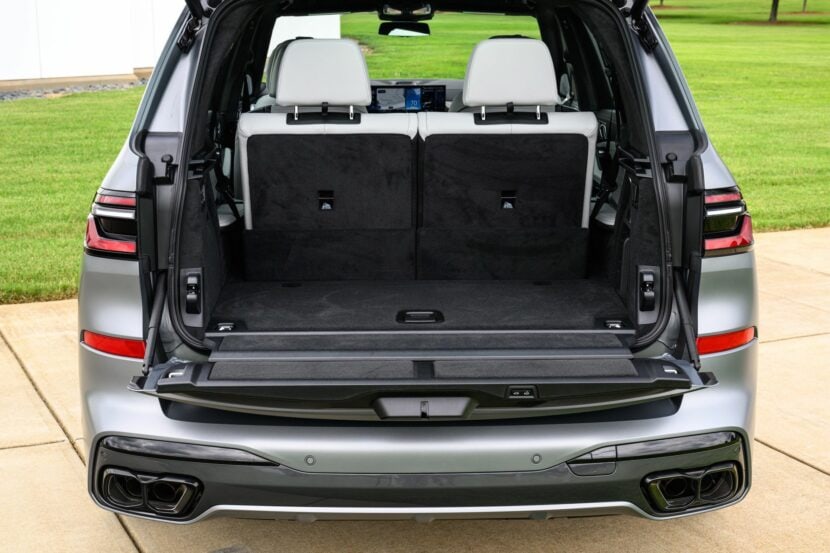 Hypothetically, BMW would have had a couple of options in terms of plug-in hybrid drivetrains. The BMW X5 xDrive45e uses the brilliant B58 inline-six, paired with an electric motor. The result is a combined power output of 389 horsepower and a 0-60 mph time of 5.3 seconds. That’s plenty punchy and plenty quick for an SUV of its size. But unclear if that would have been enough for a heavier X7 PHEV.

With diesel engines on their way out over the next few years, BMW is likely to revisit the topic of a plug-in hybrid X7 SUV. The next generation G67 X7 will likely arrive after 2025 and the rumormill churns out that several electrified models will be offered. All of these new G67 X7 models (including iX7) are rumored to use the same flexible CLAR architecture, but with the latest generation battery packs.