When you buy a luxury car, you expect that, in addition to high performance, you’re paying up for amenities that are not available in more basic models. The fit and trim are usually better, and you often get new features first before they work their way down to mainstream models, like automatic parallel parking.

German automaker BMW (BAMXF -5.90%) (BMWYY -0.61%), however, views the premium nature of these perks a little differently. The luxury car company has begun charging buyers subscription fees to access features that are built into every vehicle they produce.

In a global economy beset by rampant inflation, high gas prices, and the possibility of a recession on the horizon, other automakers may see this as a way to generate incremental streams of revenue to help offset sagging car sales. But they would do so at their own peril. 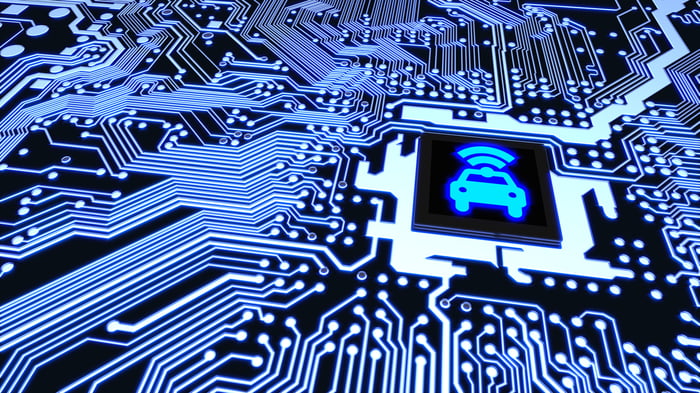 The Verge reports that BMW has a slew of new “microtransactions” for its cars sold in various countries such as the U.K., Germany, South Africa, and New Zealand (apparently not the U.S. just yet) that include subscriptions for things like heated seats, Apple‘s CarPlay technology, automatic map updates, adaptive high beams, and even being able to play engine noises in the vehicle.

A number of these features, such as heated seats and CarPlay functionality, can be found standard in even the base model of mass-market vehicles, while others like adaptive headlights have often been an upgrade. And while a lot of the features can be purchased with a one-time fee, BMW is trying to turn the options into a recurring revenue stream.

By building its cars with all of the features built into the software, it can turn them on and off with the flip of a switch.

In the U.K., for example, heating the front seats of your pricey new BMW will set you back 15 British pounds a month, or a one-time fee of 350 pounds (roughly $415 at recent exchange rates). Being able to have adaptive high beams that automatically dim when oncoming cars approach would cost you 10 pounds a month, or 200 pounds for the “unlimited” option, the equivalent of around $237.

In comparison, Volkswagen (VWAGY -1.75%) will charge you $955 to add the feature to your 2022 Jetta as part of its Driver Assistance package, which includes a bunch of other high-tech features, such as automatic braking if you get too close to a car in front of you and monitoring your blind spots — that will cost you another 750 pounds, or $883, on your BMW.

A new way to pay

It used to be only your bank or wireless carrier would ding you with fees for whatever service they offered, but BMW’s plan seems more reminiscent of when airlines began charging passengers for every amenity.

First, it was for carry-on bags, but now air travelers can find fees for choosing a seat, paying for snacks, using a plane’s Wi-Fi, or even having a nonalcoholic beverage. Not many people think the flying experience has improved with the imposition of those fees.

In reality, BMW is only changing the way it charges you, at least for some of the options, but buyers may not like the idea of having to open their wallet every time they want a new feature, particularly since they’re all built into the car anyway.

It’s also going to cost BMW more money to build their cars packed with features, many of which will never be used. BMW has been enjoying rising profits because of the spiraling cost of a new car, but nickel-and-diming customers may end up working against it.

New car prices are already at record highs, with the average car price at $45,844, a 14.5% increase from last year. Yet car sales over the first six months of 2022 are expected to be 5.8 million, a better-than-19% drop from the year-ago period.

Introducing niggling charges for what many might think ought to be a standard feature in a luxury car will win the automakers few friends and could further exacerbate declining sales.