Paul Williamsen started his work career as a high schooler doing repairs at a bicycle shop, became a premium-brand auto technician, then a technician trainer and now is product-education manager at Lexus College, a learning center Toyota runs.

In a Wards Q&A, he talks about the inner workings of dealership service departments. It’s a subject many people, including some dealer principals, aren’t fully familiar with.

Williamsen (pictured below, left) was born in Pittsburgh, went to high school in Evanston, IL, attended college in Minneapolis, worked at BMW and Porsche stores in Kansas City and now resides near Plano, TX, the U.S. headquarters of Toyota and its Lexus luxury brand.

Here is an edited version of the interview.

WardsAuto: What are some of the best practices a service manager should follow to run an efficient shop and also to assign jobs to technicians fairly?

Williamsen: America is one of the few countries that pays technicians on the flat rate.

As you can imagine, the flat rate offers its own interesting challenge. Flat rate is the way it is in the U.S. and that’s how it will be, so we’ve got to work with it.

We try to help our dealers implement a management system for allocating service work. The smart service manager can find ways to fine tune his dealership management software for different priorities.

An obvious example: Any car that’s a service comeback goes right to the top of the service priority list. That’s a case where a service manager wants to match up the skills of a technician or diagnostic specialist with the particular needs of that car.

Other (best-practice issues) have a lot to do with the human-relations aspect of managing a shop full of technicians. You can’t keep all of your people happy all of the time, but you can keep most of them happy most of the time.

In a flat-rate environment, that means thinking about which jobs have a better potential margin for which technician.

If there is one who’s skilled and certified in a particular type of repair, then assigning the job to him makes sense because he is likely to do the job right the first time and he’s more likely to get a better financial reward for having done so. That means a better paycheck at the end of the week. 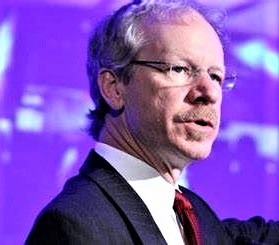 WardsAuto: What is a flat rate compared to how service is charged for in countries without a flat rate?

Williamsen: In some countries, there’s a conventional salary base. That’s not common. What’s most common is a rate of pay per hour worked.

In the U.S., the manufacturer has done calculations and testing and has developed an expected repair time for each specific job. A technician is paid whatever his dealership’s hourly rate is times that number of expected hours, regardless of how long it actually takes the tech to do the work.

The very first time a technician repairs a system – even if he’s trained for it – it will typically take him longer than that allowed flat-rate time. He’ll only be paid the hourly rate times that flat-rate allocated time.

But if the technician is a good learner, a sharp operator, by the time he has done that repair two or three times on other cars, he’s getting to a point where he can do it quicker than the flat-rate time. So, he is earning more per hour than an hourly rate.

WardsAuto: Obviously, that’s the situation a technician wants to be in.

Williamsen: Right. When I was a tech, if I wasn’t getting 110%-120% of my hourly rate per day, that wasn’t a good week. It meant I was getting buried by something that was really challenging, hard to diagnose or hard to repair.

Also, if you have a problem come in on an all-new car you haven’t worked on before, then you have to buckle in and understand you aren’t going to make as much that particular day as you had hoped to.

If your service manager is thoughtful and understanding, there may be a job he can steer toward that technician later in the week that will help him get ahead. It could be a typical repair or something the technician is highly experienced in where he can do it in less than the flat-rate time.

WardsAuto: The service manager has to spread it out, intuitively and realistically.

Williamsen: Exactly. If the service manager is using service-operations software, he should be able to see those values on a daily basis.

Williamsen: It’s a tough job. You’ve got a lot of different things to juggle. You’ve got to deliver on dealership profitability. A good service manager understands that the technicians are the biggest asset that the dealership has invested the most in. You’ve got to keep them productive and happy.

WardsAuto: When were you a technician?

Williamsen: I was a BMW technician in the early 1980s, then a Porsche tech in the late 1980s. Then I went directly to doing technical training for Toyota and Lexus when I joined the company 32 years ago.

WardsAuto: For years now, dealers have had a chronic shortage of qualified dealership technicians? It’s less of a problem for Toyota and Lexus. Why?

Williamsen: We generally find our Toyota and Lexus techs have among the lowest turnover. We take a lot of actions to encourage our dealers to provide a good, safe, healthy, productive and interesting work environment for technicians.

Another factor is the sales success of the Toyota and Lexus brands. If you are a Lexus tech, once you learn how to perform a particular repair on a certain Lexus, you are going to see that same model with a different owner in a few days or weeks. That helps you become more skilled, quicker, more accurate and make more money under the flat-rate system.

If you look at the opposite, being a Porsche tech was kind of tough. We had three Porsche models. The flagship was the 928. At my dealership, we only sold a couple of those a year. So, you never got good at doing anything on a 928. Every repair I ever did on one was the first I did on that model.

When you saw a 928 roll into the service drive, you knew it was not going to be a good paycheck day.

Steve Finlay is a retired WardsAuto senior editor. He can be reached at [email protected].