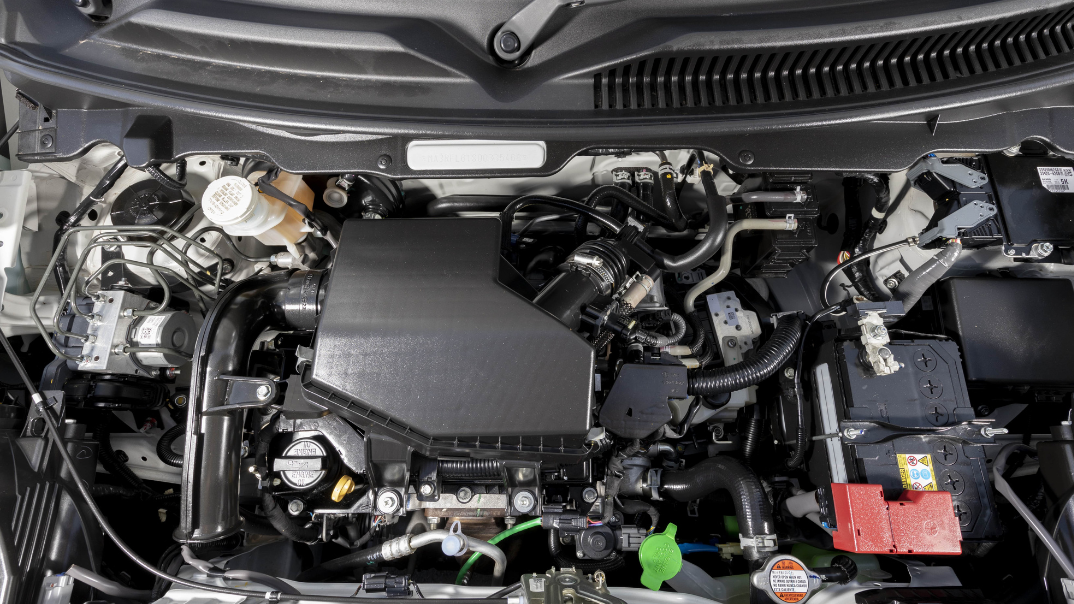 If you can’t watch the video, you can read the video transcription below:
Edited for clarity and readability

Welcome to Let’s Talk Automotive. And in this week’s episode on How Things Work, I’m going to be taking you through a technology that you’ve probably already heard of called fuel cells. And I’m going to show you how we use fuel cells to propel electric vehicles. Now in previous episodes, we’ve spoken a lot about electric vehicles, and in fact, you might have even seen the segment where we test drove the Tesla Model X. Now fuel cells differ substantially in the way that they operate compared to traditional batteries. Now, if we have a look at a lead-acid battery, it’s quite a horrible thing because we’ve got an anode and a cathode, and we’ve got an acid typically acting as our electrolytes. So it’s quite a messy affair and not very environmentally friendly. And normal electric vehicles use lithium-ion batteries. And once again, those lithium-ion batteries are actually quite devastating if we have a look at the total footprint that occurs in terms of mining them and then disposing of them at the end of the day–not very good for the environment.

So some of the manufacturers early on when it came to the design of electric vehicles, in fact, invested quite heavily in fuel cell technology. Now fuel cells have been used for a long time in the space station, for example, as a very clean and efficient way of providing electrical power. And I’m going to take you through very briefly, how fuel cells work and why I think that some of the manufacturers really should carry on thinking about using hydrogen-powered fuel cells as an energy source for electric vehicles. And I think once I’ve shown you, you’ll agree with me that this, maybe, is the way to go.

So basically, what we have is much the same as a lead-acid battery; we have an anode and a cathode, but the difference here is that the anode over here is filled up with hydrogen, and on the other side, the cathode has oxygen. And we also have a catalyst, and this catalyst is usually made out of platinum. And what this catalyst does is it splits up our hydrogen into protons and electrons. Now what the oxygen does on this side, is the oxygen attracts the hydrogen protons and electrons to this side. But this membrane, which is called a proton exchange membrane, is so fine that it can actually filter out the protons and allow the protons to go through. But the electrons are too big to go through this membrane, and so what happens to the electrons is that we force them to travel a further path to get to the other side.

And so what we have over here is all of our electrons moving through this longer path, or this channel, until they pop out on this side. Now the genius behind this is that we know, as with any other battery, when we have a flow of electrons, we have current flow and if we’ve got current flow, we are producing electricity. And all that happens when the electrons get to this side of the stack, is that the hydrogen protons and electrons then form hydrogen again, and the hydrogen then interacts with the oxygen and produces harmless water. So the only byproduct of this battery, in fact, is heat and a little bit of water. And as long as we’ve got a constant supply of hydrogen, so we have a hydrogen tank in our vehicle, for example, then we’re going to have a constant current flow that’s created through this membrane.

Pieter: (04:04)
And if we have a whole lot of these stacks put together, we then have enough current that is generated to, in fact, supply enough power for our electric motors.

So from my perspective, I think that the fuel cells are the way to go. The only challenge, of course, is that they are very, very expensive and that has, I think to a large extent, put the brakes on their development. Which is a little bit of a pity because I think that it is a fantastic, clean alternative to even lithium-ion batteries.

So I hope you found that useful and have a better understanding on how fuel cells work and until our next episode on How Things Work, I look forward to seeing you then. Cheers everyone.

Want to know when the next episode is available? Sign up to get notifications straight into your inbox.