The Russian-appointed administrator of a small town in the Russian-occupied east of Ukraine’s Kharkiv region has been killed by a car bomb presumed to be the work of Ukrainian saboteurs, the regional occupation authorities have said.

The administration, which TASS said had been recently formed in the region, called the explosion a “terror attack” organised by Ukrainian authorities.

While Russia has said explicitly that it wants to remove the eastern Ukrainian provinces of Luhansk and Donetsk from Kyiv’s control, it shows no sign of wanting to relinquish other territories that it has seized since invading Ukraine on February 24.

Russian forces have partially occupied the region of Kharkiv, but the eponymous city – Ukraine’s second biggest – remains under Kyiv’s control.

TASS said Russian-backed authorities will be based in the city of Kupyansk, in the east of Kharkiv region.

A former police chief, Vitaliy Ganchev, will head the administration. 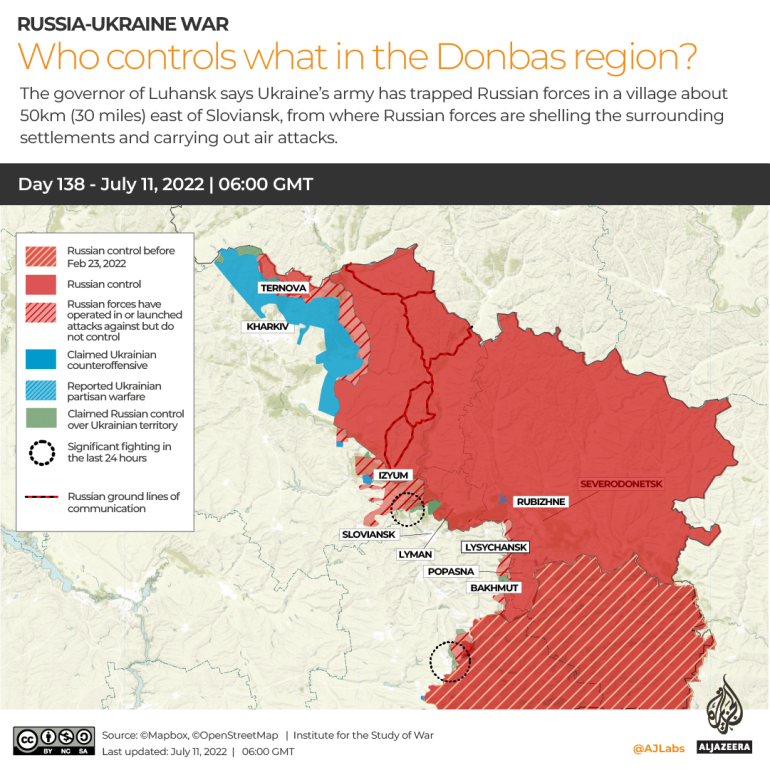 Russian authorities have previously formed pro-Moscow administrations in the occupied southern region of Kherson and the partially occupied region of Zaporizhia.

Attacks against pro-Moscow officials have increased in both regions in recent weeks.

Also on Monday, occupation authorities in Zaporizhia reported that Andrei Siguta, the Russian-installed district head of Melitopol, one of the first towns to fall to Russian forces, had escaped an attempt on his life by a saboteur shooting at his house.

Vladimir Rogov, a senior member of the Russian-appointed civil-military administration of Zaporizhia province, said on his Telegram channel that the would-be assassin had been killed in a shoot-out.

On June 24, a senior official in the Russian-installed Kherson regional administration was killed by a bomb, according to the deputy head of the administration.

The following day, the head of Ukrainian military intelligence declined to comment on partisan resistance efforts in occupied territories, but told the Reuters news agency that “those people who betrayed Ukraine and all those wretches who came here to destroy our country will be destroyed”.

Russia calls the invasion a “special military operation” and says it had to act to protect Ukraine’s Russian speakers from persecution and defuse a Western-backed threat to Russia’s security.

Kyiv and the West say these are baseless pretexts for a war of imperial conquest.