Amidst the craze of electric vehicles among the general public, it looks like the Police bodies also intend to embrace the change. Recently, Noida Police has requested local authorities to replace 60 of its current petrol and diesel vehicles with new-generation electric vehicles for patrolling purposes. The reason behind this request, as given by Noida Police, is the massive maintenance costs and dilapidated condition of the currently on-duty vehicles. 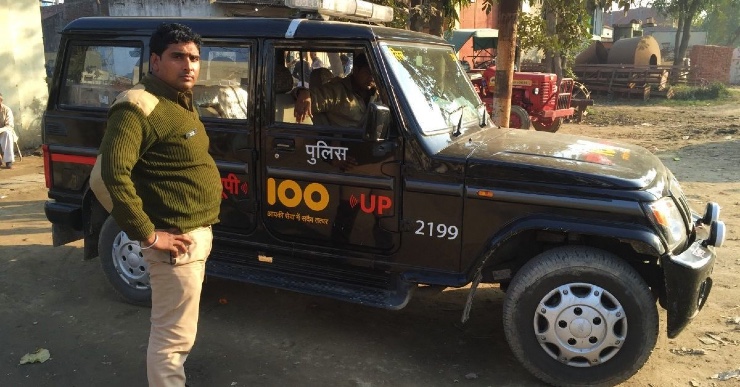 According to Noida Police, the maintenance costs of their current on-duty vehicles have reached around Rs 2 crore so far. These vehicles include 400 around vehicles, including 112 vehicles which are used for emergency services. The police requested the local authorities the replacement of 66 vehicles which are in extremely bad shape.

With the rising concerns over pollution in the northern part of the country, Noida Police has now requested the government for new electric cars. The city police say that it needs new electric vehicles for patrolling and other duties in the urban areas. These electric vehicles will be used alongside the existing fleet of cars.

Police commissioner Alok Singh said that they have sent a proposal for introducing electric vehicles. They have discussed the same with the government bodies and the approval is still awaited. There is no information on the budget for the new cars and how much money the authorities are going to spend on acquiring new vehicles.

Electric Vehicles are the way forward and as a responsible police force, we certainly do not want to leave behind a carbon footprint. The EVs would be used patrolling in urban areas and could also be put on other duties as suited. He also says that the department has written to the local Noida Authority as well as the Greater Noida Authority for replacing a fleet of vehicles which were provided to them nearly a decade ago.

The vehicles that need replacement are the Toyota Innova, Mahindra Bolero and Maruti Suzuki Gypsy. At least five vehicles were taken off the fleets in 2020 while the rest are being used by the police in very poor condition according to the officials. The officials added that the Gypsies are allotted for VIP duties and these vehicles cannot keep up with the other cars of the convoy.

Tata Motors has officially delivered 65 Nexon EV SUVs to the Motor Vehicle Department (MVD) of Kerala. The new electric SUVs are used for enforcement duties in the state and will be part of the ‘Safe Kerala’ project. The project enforces Motor Vehicle Act to ensure that the roads are safer.

This was the first picture of the Tata Nexon EV delivered to the department. The Nexon EV delivered to the MVD are marked with the official logos and moniker of the department all around. The side of the vehicle gets MVD logo and at the front, the same logo can be spotted. It is not known if the vehicle gets additional equipment like radio and strobes but since all the MVD vehicles have these devices installed, it is likely that Nexon EV will get them too. The Nexon EV is also equipped with radar speed sensors, cameras and other such gadgets too. No other changes can be spotted on the outside of the vehicle.