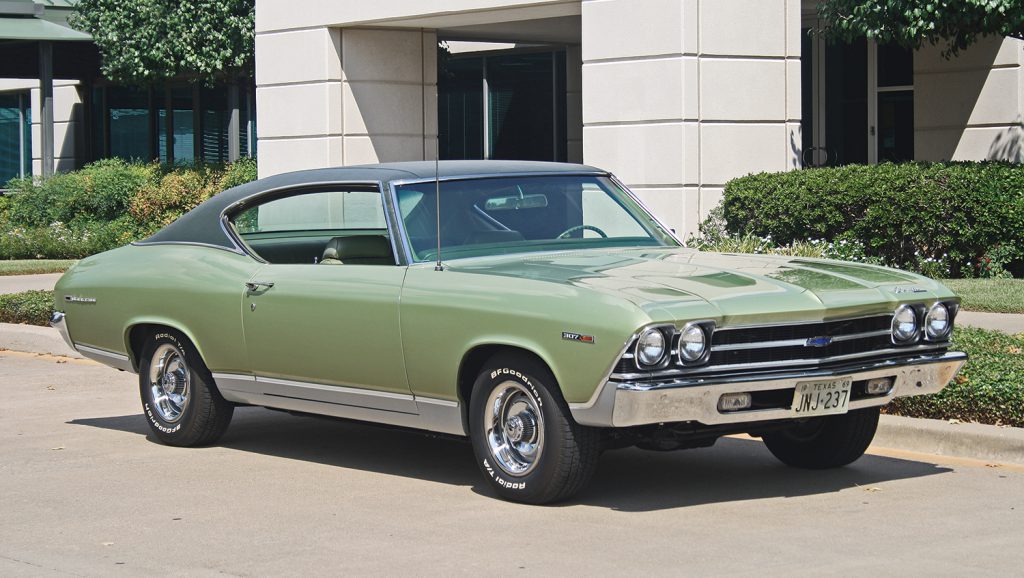 Note: The following story was excerpted from the October 2019 issue of  Collectible Automobile magazine

Do you still want my old car? I’m at the beauty shop and it won’t crank. If you can get it home, it’s yours.” With that, Kevin and Kelly Sheehan of Harleton, Texas, became the owners of this 1969 Chevrolet Chevelle Malibu Sport Coupe.

The car was purchased new by Kelly Sheehan’s grandmother. In fact, she was in the front seat when her grandmother drove the Chevelle out of the showroom. Her grandmother kept the car until it was difficult for her to drive, and on that fateful day at the beauty parlor she handed the car over to Kelly’s husband. 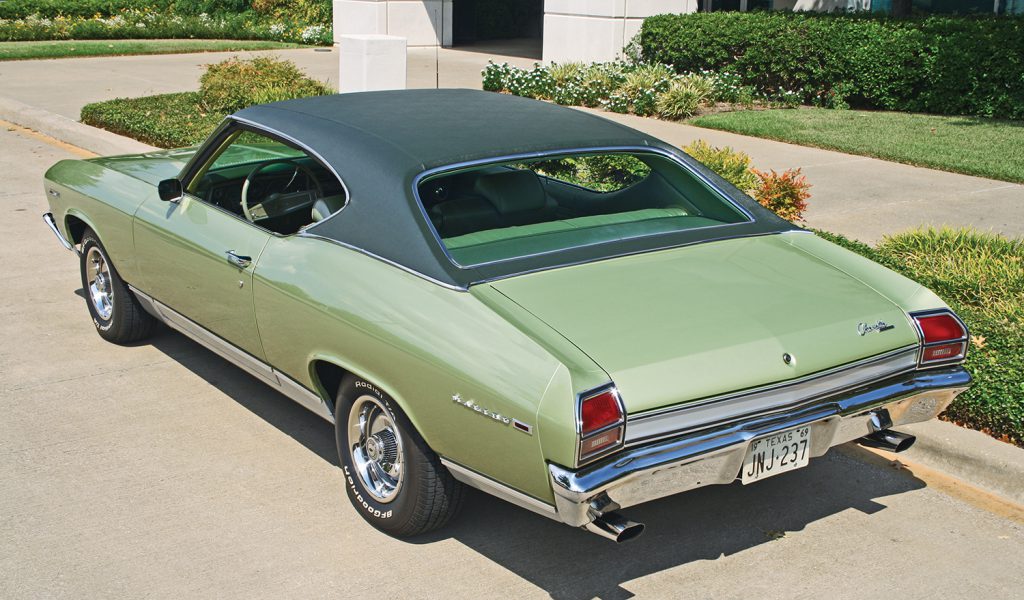 The Sheehans drove the Chevelle for several years and then put it in storage. Then in 2004, the couple considered buying a new Chevrolet SSR, a retro-styled convertible pickup. Instead, they decided to have the Malibu restored.

R&R Restoration of Longview, Texas, brought the car back to original condition. Although a solid low-mileage car with little rust, the Texas sun had taken its toll. The paint, vinyl top, and upholstery were replaced in the original colors: Frost Green interior and paint with argent rocker panels and Midnight Green vinyl top.

Badge Magic: How the Chevy 307 Turned Me into a Car Geek 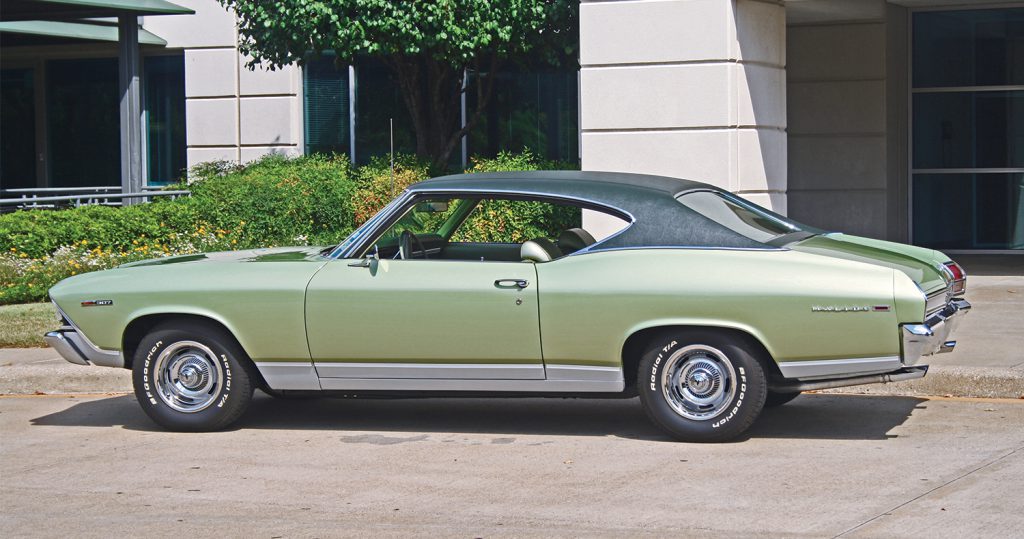 A few changes were made during restoration. The factory rated the 307-cubic-inch V8 at 200 horsepower with a two-barrel carburetor. The 307 in this car gained a dual-exhaust system and four-barrel carburetor not native to the 307. The brakes were improved with the installation of front discs, a set of Chevy’s familiar rally wheels was rounded up, and power steering was added. (Kevin Sheehan doesn’t know how his wife’s grandmother drove it with the manual steering.) However, “Mamaw” did have the optional air conditioning to keep her cool while wrestling with the steering. 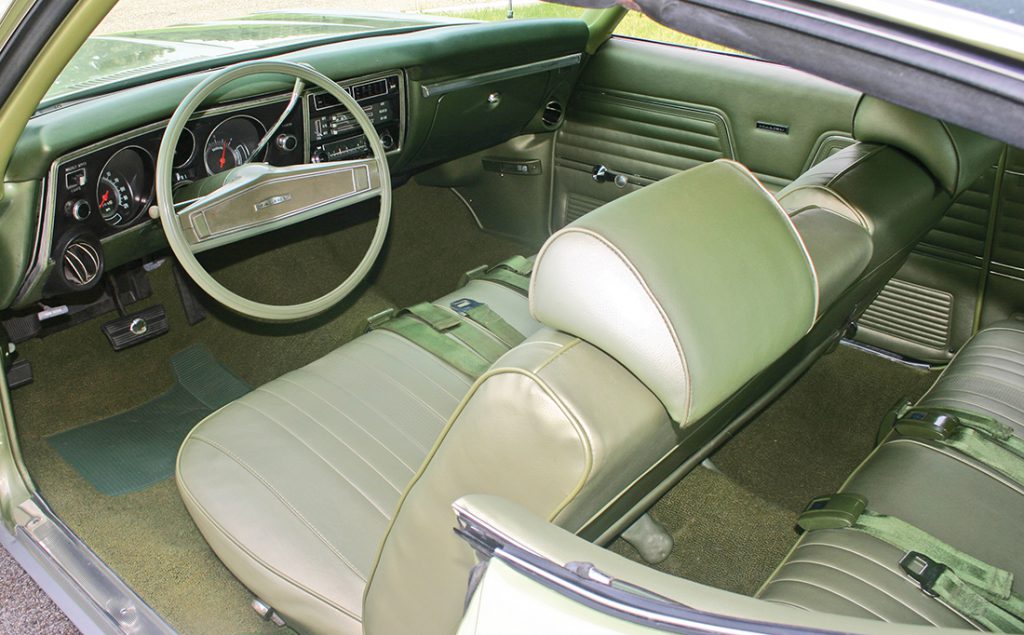 Kelly’s grandmother didn’t live to see her Malibu brought back to showroom condition, but the Sheehans surprised her daughter with the restored car and there was “a lot of boo-hooing.” Kevin Sheehan says the car drives great, but adds that back in his youth he drove a similar Chevelle to 120 mph. “You couldn’t pay me to do that again,” he says.

The car has its original two-speed Powerglide automatic that Sheehan says “shifts smooth as glass, it just slides into gear. Under easy acceleration it shifts into top at 35 or 40 mph. Stomp on it at 60 to 70 mph and it will drop down to first again.” 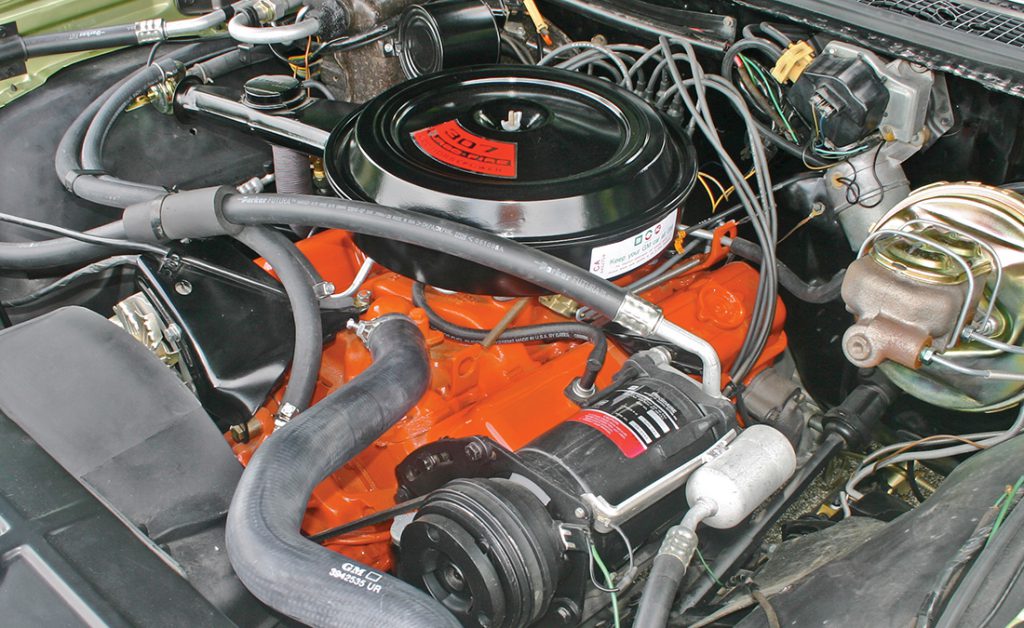 The Chevelle line was the most popular 1969 intermediate with 454,967 made. With the 1968 redesign, Chevelles used two wheelbases. Four-door models had a 116-inch span for added rear-seat legroom; two-doors, on a 112-inch stretch, were lighter and more maneuverable. General Motors styling headed by Bill Mitchell got cleaner as the Sixties progressed, and the ’69 Chevelle is a good example. The two-door model’s shorter wheelbase gave coupes and convertibles better proportions and a sportier look. That style not only proved popular with the muscle car crowd, but it attracted average Americans shopping for dependable transportation in a stylish, midsize package.