Came across this and found it rather intriguing. The G87 is showing that it’ll come with an S58T engine. What’s odd about this is that the G80/2’s with the ‘T‘ performance class engine rating are only for the higher power output Competition models. 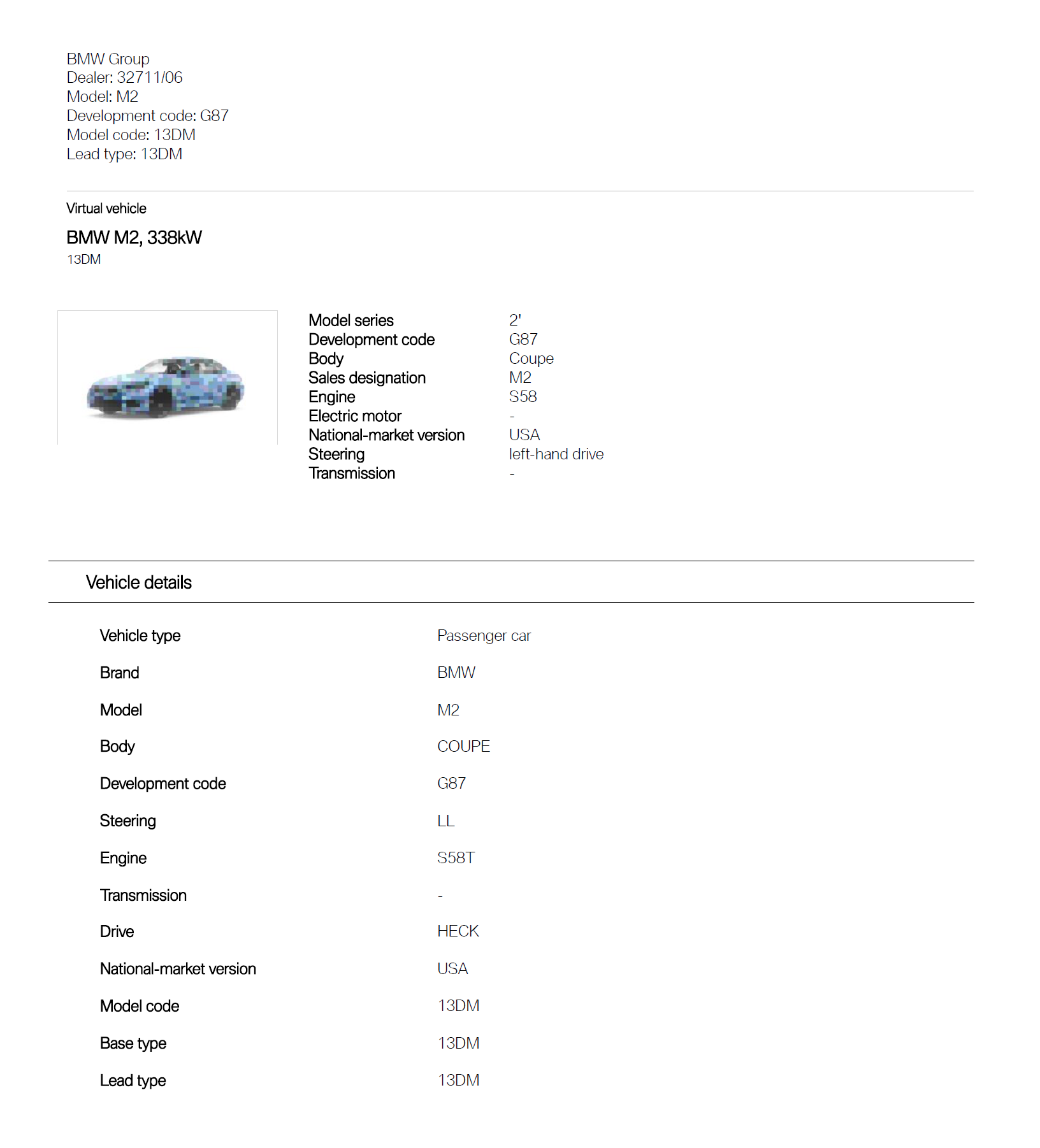