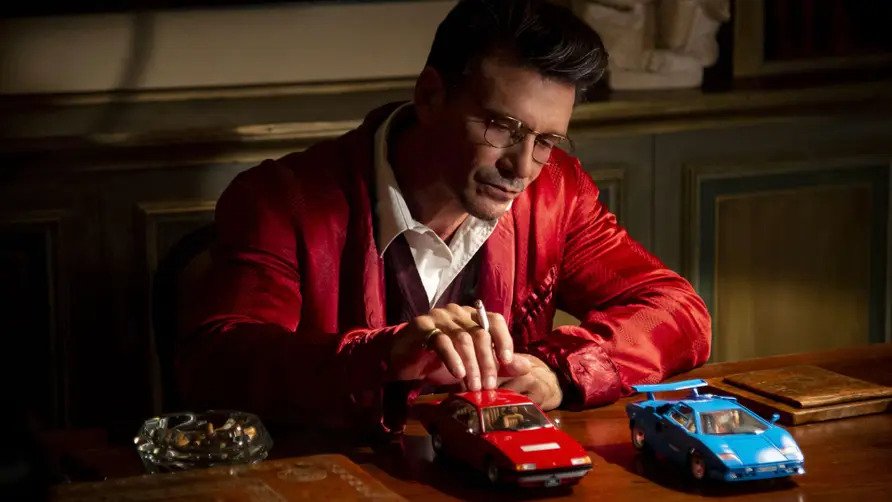 After a good five years’ wait, the Lamborghini film is here. Well, to give it its full, unabridged title, Lamborghini: The Man Behind The Legend is here. And while it’s rather what you’d expect from a film adaptation, as the trailer illustrates, it also looks a little different to what we expected. We’ll explain.

Back when we first heard about a Lambo biopic, Antonio Banderas and Alec Baldwin were announced as Messrs Lamborghini and Ferrari respectively. Instead, Frank Grillo takes the title role, while Gabriel Byrne, a nearly criminally underused actor – watch Miller’s Crossing and tell us he doesn’t deserve more – plays Enzo, who does seem to be the designated bad guy here in that screenplay-required way. Whether the rivalry’s overblown, like Hunt and Lauda’s in Rush, is likely best answered by actually watching the film.

Before then, however, all it takes is a quick glance over the list of characters to give us some indication of a few plot points. Giotto Bizzarrini, Bob Wallace and Giampaolo Dallara are a few names you might recognise, while there’s also billing for a couple of others you might not.

If you’d like to check out the film, it’ll be out on the 18 November. And if you’d like to be the bore that corrects all the historical inaccuracies in the film but want to brush on your knowledge first, we’d suggest starting here…