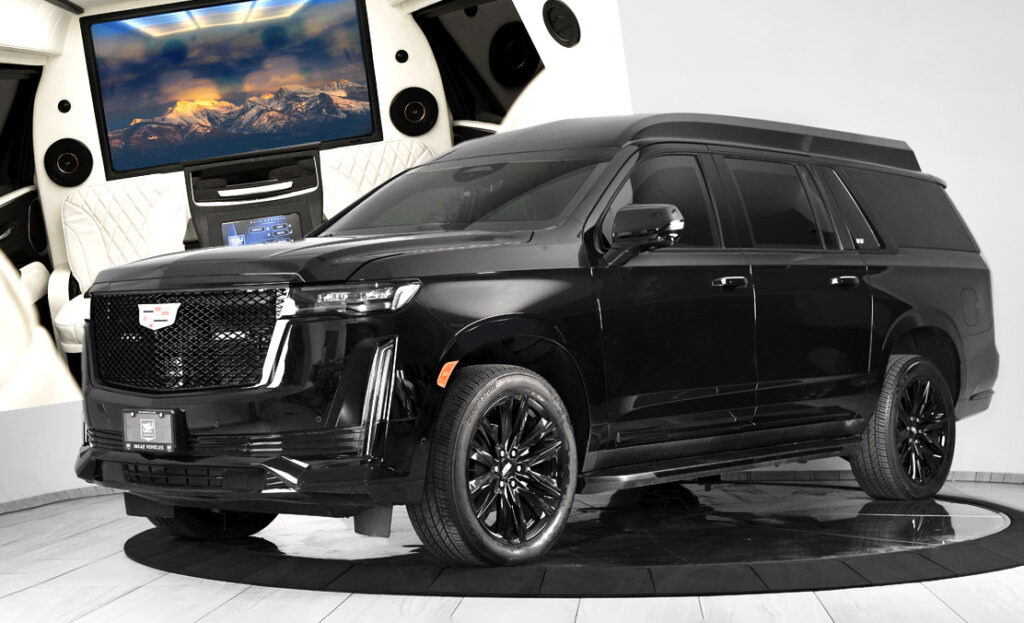 Armored vehicles are a necessary evil in today’s world but they’re not the hardcore utilitarian vehicles they once were. Now, they’re built to safeguard and shield occupants while also shuttling them from point A to point B in sublime comfort. There might not be a better example of that combination than the new Inkas Cadillac Escalade with its Chairman package.

We’ve talked about Inkas in the past and we’ve even featured the brand’s armored Escalade. To say that it’s literally bulletproof is just scratching the surface on how stout it really is. Of course, the inside of that vehicle isn’t too dissimilar from a stock Escalade. That’s impressive considering all of the extra armor needed for a vehicle like this and it’s luxurious in its own right, but it’s nothing compared to the Chairman package. 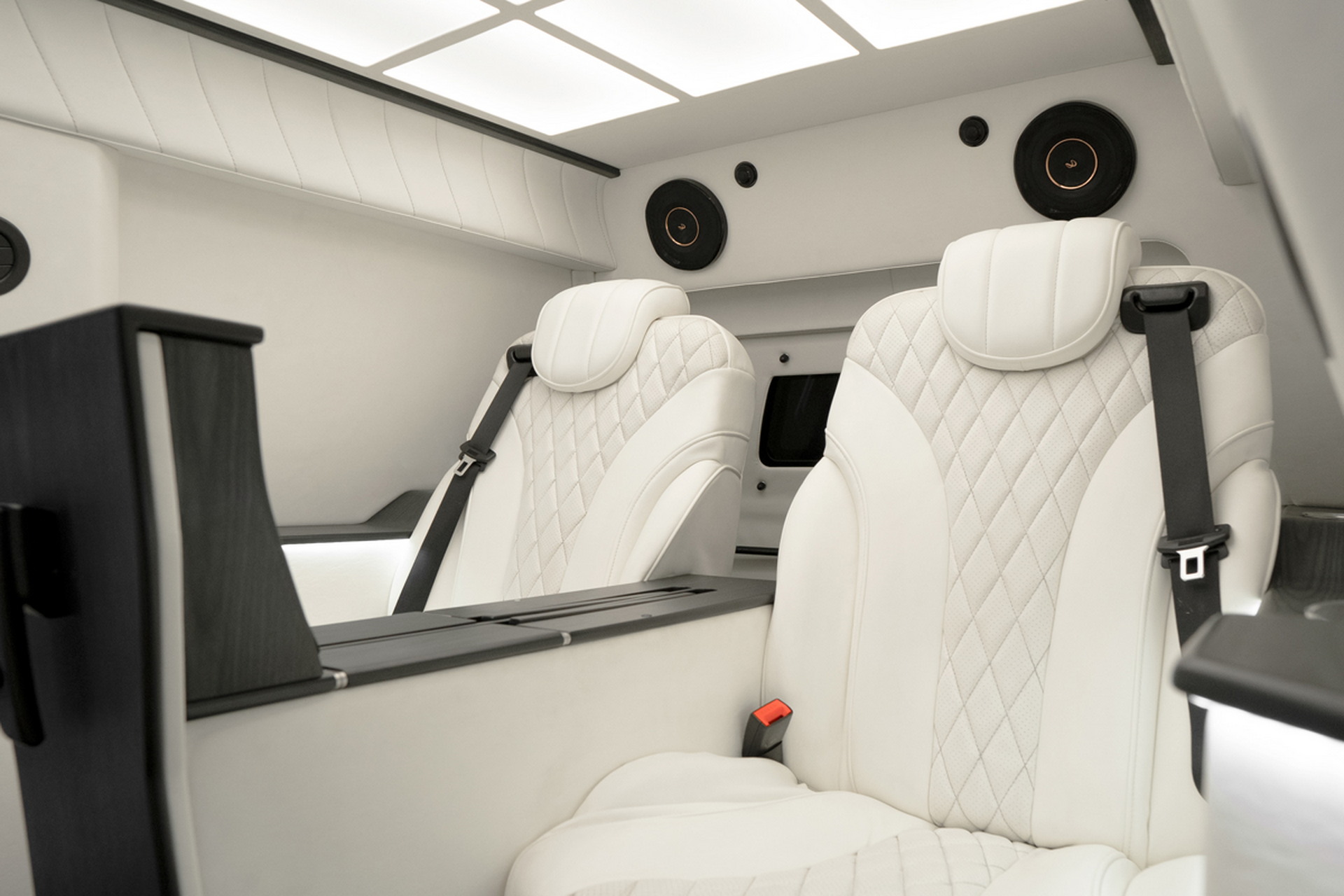 Externally, this Escalade is easily spotted in a group thanks to its taller roof which adds five extra inches of cabin headroom. Otherwise, it doesn’t look all that different from the stock vehicle, but when the doors open and you get a look at the interior that all goes out the window.

The front seats and much of the dash and console are original but Inkas has done its work to pretty much everything else. The windows are of course, bulletproof, and a large power-operated divider sits just behind the front passengers. With the panel lowered out of the way the opulence of the rear cabin is fully exposed.

Plush captain’s chairs adorn the very rear of the passenger compartment with both massage and temperature controls built in. The driver partition area doubles as an entertainment center with a large hide-away TV for viewing on the go. Power-adjustable tables and jump seats are all controllable from the rear seats too. The ceiling even has natural-light-simulating LEDs so that this vault doesn’t feel too isolated from the world around it.

Just like other Inkas products, it’s seriously outfitted for withstanding real penetration attempts too. The company says that it’ll repel 7.62 mm assault rifle attacks, and up to two DM51 hand grenades detonated simultaneously underneath the vehicle. Thus, while the armored Escalade’s occupants are ferried around in luxury, they are also seriously protected against attacks, too.