The Fiat 128 is perhaps most famous for the fact that Enzo Ferrari used one as his daily driver for many years. The car you see here is famous for a whole other reason, it belongs to Tom Hanks who used it in the 2017 film The Post.

Hanks is a well-known car guy who has owned an eclectic assortment of vehicles over the years, we recently featured his Airstream Model 34 and his custom FJ40 Land Cruiser.

When the British Motor Corporation unveiled the Mini in 1959 it sent shockwaves throughout the motoring world. The car was tiny, as the name implied, but the reason for the incredulity of the automotive establishment was the engine. Or rather, how the engine was fitted. 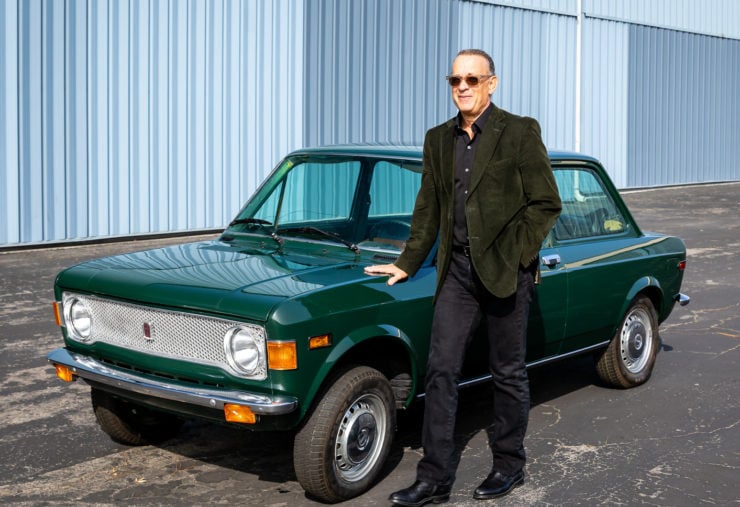 The small, lightweight little Fiat 128 has had many celebrity owners over the years – including both Enzo Ferrari and Tom Hanks.

Led by Alec Issigonis, the engineering team at BMC had fitted the engine transversely, or sideways, into the front of the Mini and designed it to share a sump with the gearbox which drove the front wheels by way of a cleverly designed differential.

This meant that you no longer needed a driveshaft running under the floor of the car or a bulky rear axle. It resulted in more interior space, a simpler drivetrain, and as an unexpected bonus, the car became wildly successful in the world of rally.

By the 1960s many automakers had built their own front engine, front wheel drive cars. By the late 1960s Italian automotive giant Fiat had the car you see here in development, the 128.

In many respects the Fiat 128 improved on the original Mini design. The radiator was at the front rather than the side for example, giving it plenty of cooling airflow. The gearbox and engine had separate oil sumps, and the engine/gearbox/clutch was all much easier to work on. 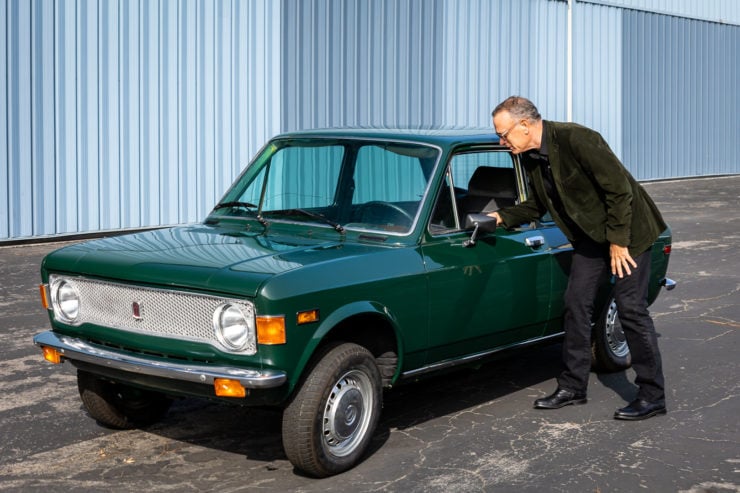 The single overhead cam inline four cylinder engine was designed by the great Aurelio Lampredi, the designer of Ferrari’s first V12 and many of the company’s early Formula 1 engines.

The single overhead cam four-cylinder engine was also more advanced, thanks in no small part to the fact that it was designed by former Ferrari engine designer Aurelio Lampredi – the man who created the first Ferrari V12 and many of the company’s early Formula 1 racing engines.

The 128 uses a lightweight stamped steel unibody design with a largely flat floor inside and a surprisingly roomy interior. Over the course of the 1969 to 2003 production run the Fiat 128 was being built or assembled in 11 countries including Italy, Argentina, Egypt, Spain, Serbia, Yugoslavia, Morocco, Colombia, South Africa, Sri Lanka, and Poland.

A number of versions would be offered including the simple two-door, the larger four-door, the five-door estate, and even a two-door pickup. Engines included both the 1,116cc and 1,290cc versions of the same inline-four.

Over 3 million examples of the Fiat 128 would be built and they can still be seen on the streets of many of the countries where they were being assembled decades ago. 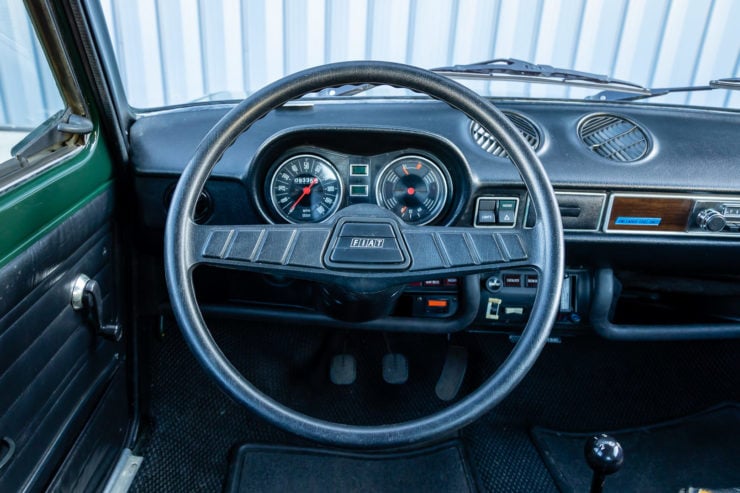 The interior of the car features a flat floor, seating for five, a simple dashboard showing you all the essentials, a 4-speed shifter and the requisite three pedals.

As mentioned up top, this Fiat 128 is a celebrity in its own right thanks to its inclusion in the 2017 film The Post, starring Tom Hanks and Meryl Streep.

The car was repainted in light green for the film and it’s since been repainted a darker shade of the same color. A few modifications have been made to the car including a new grille and some (now reversed) mods under the hood for an engine swap that never eventuated.

The car is now being offered in a live auction on Bring A Trailer out of Santa Monica, California. The full sale amount, including the BaT buyer’s fee, will be donated to Southern California Public Radio (SCPR), a registered 501(c)(3) charitable organization and home to KPCC, LAist.com, and LAist Studios.

If you’d like to read more about the car or register to bid you can visit the listing here. 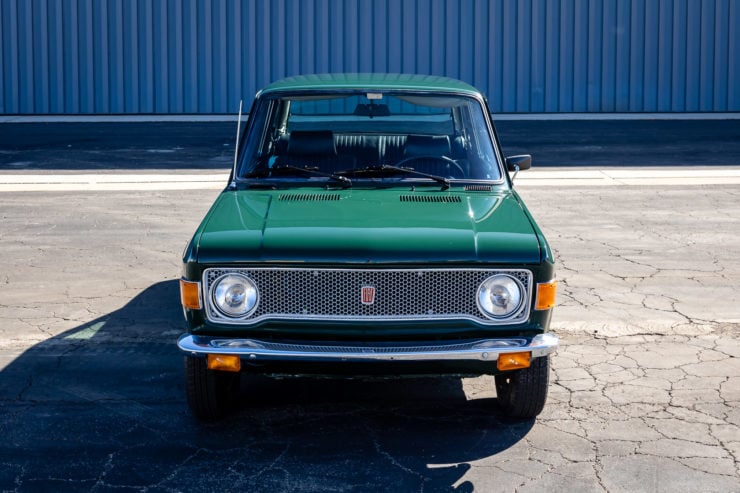 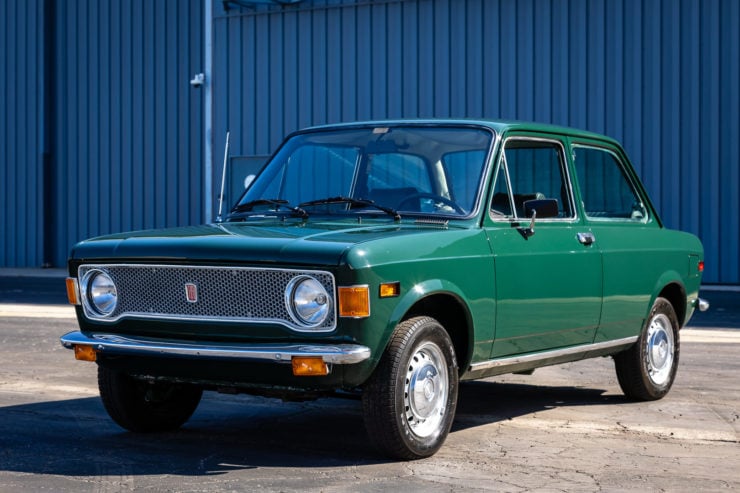 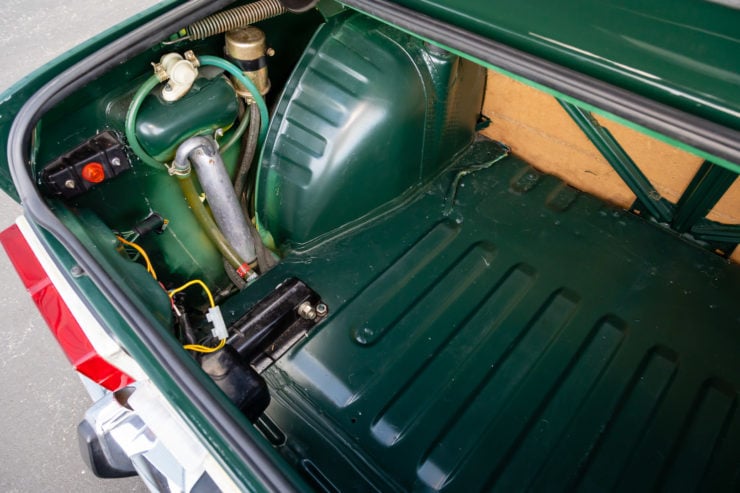 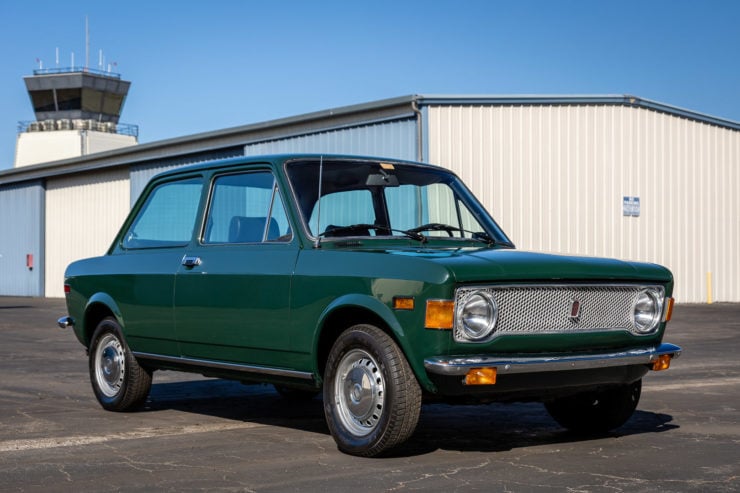 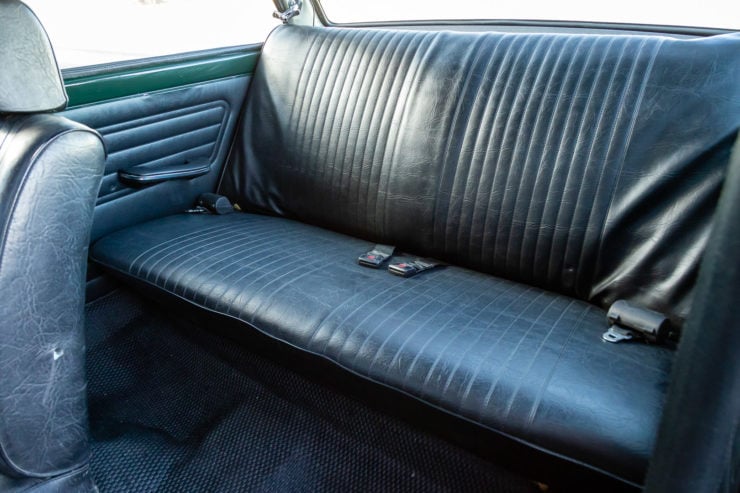 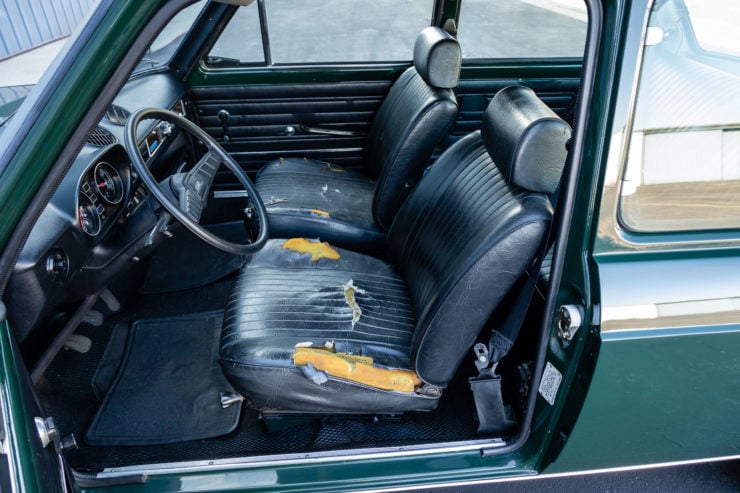 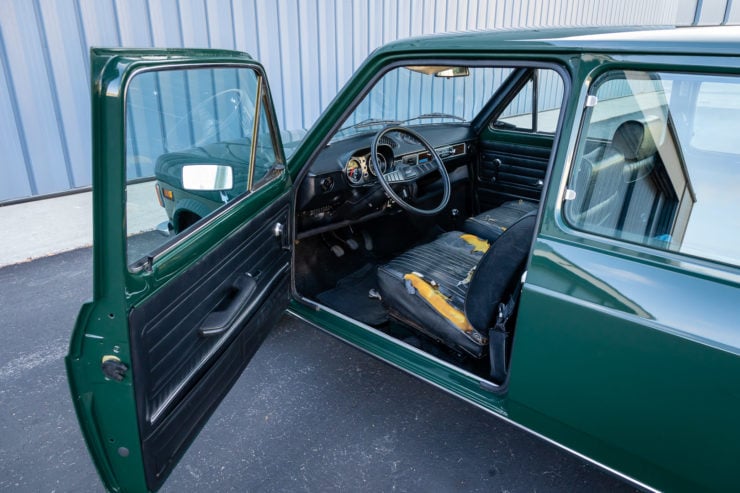 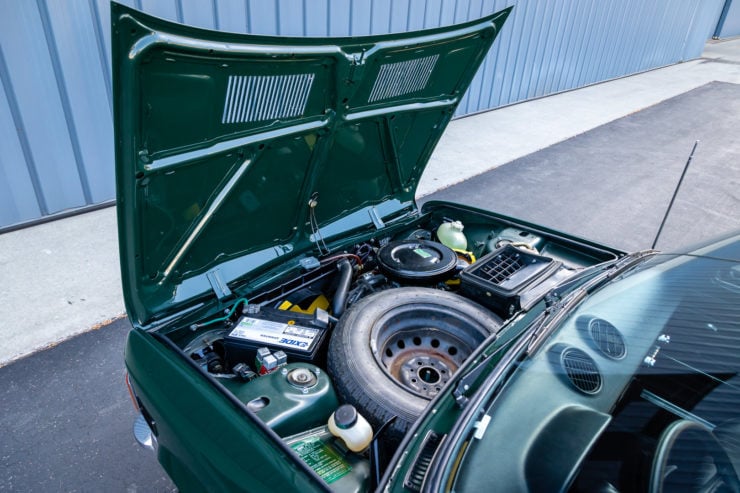 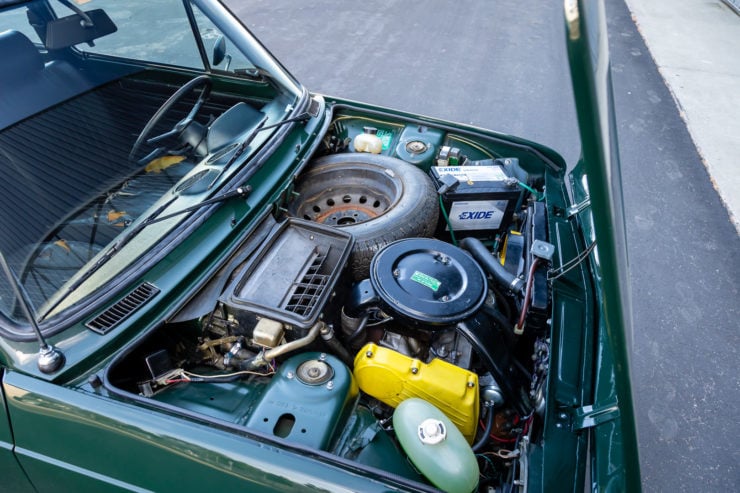 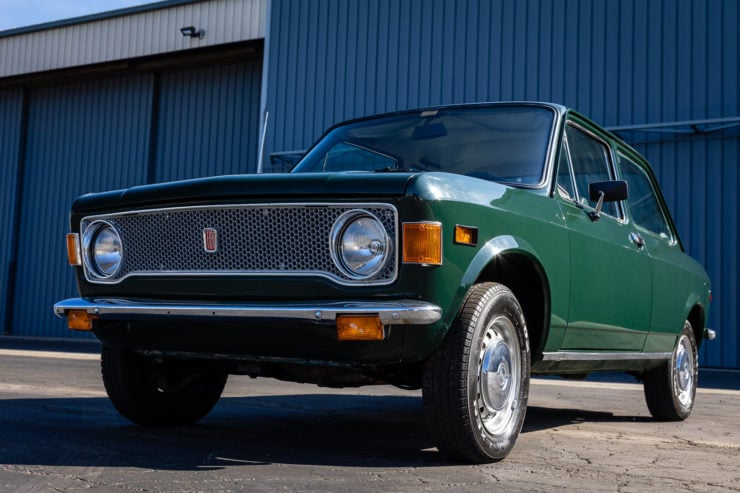 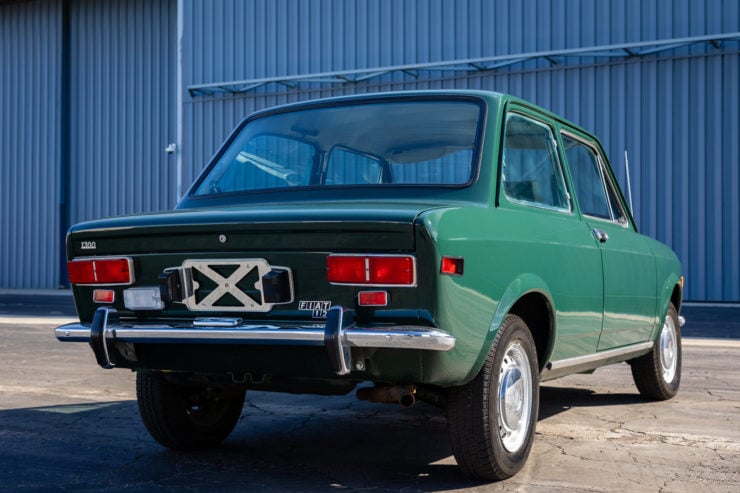 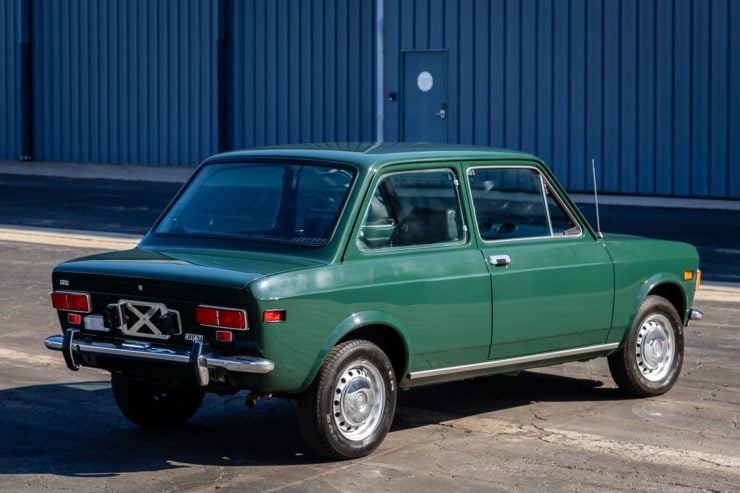 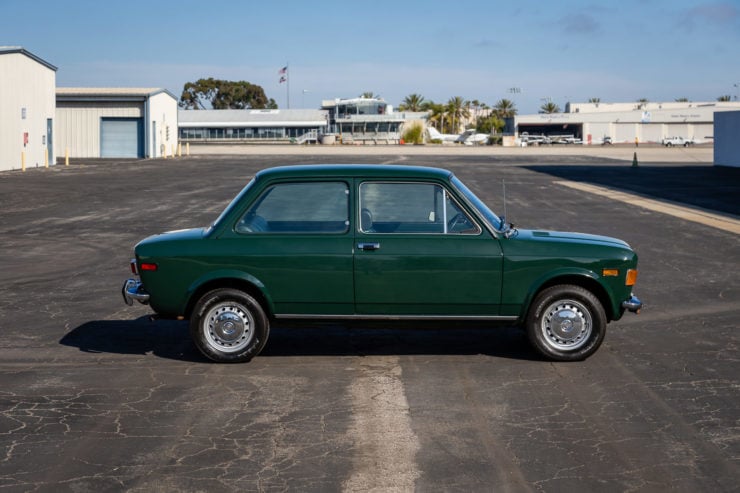 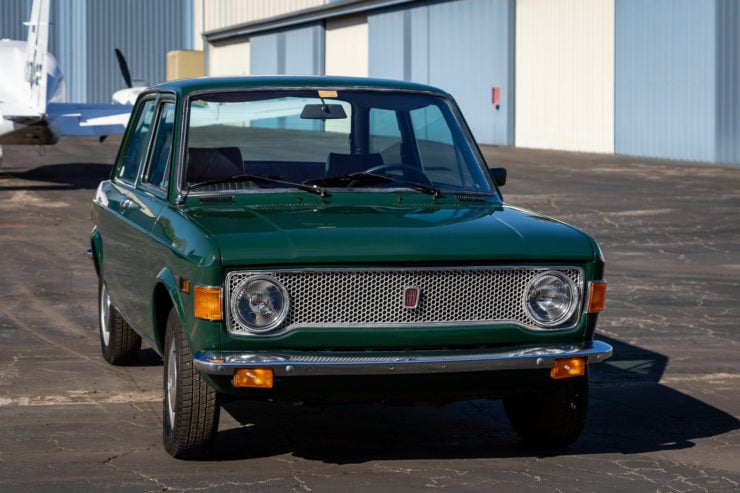 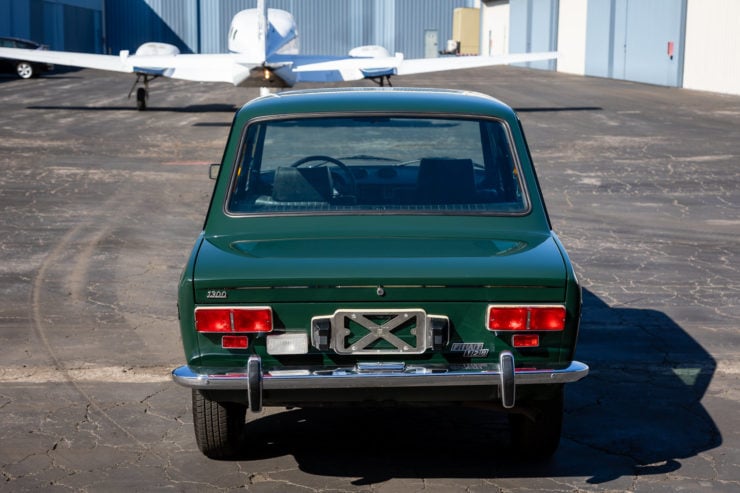 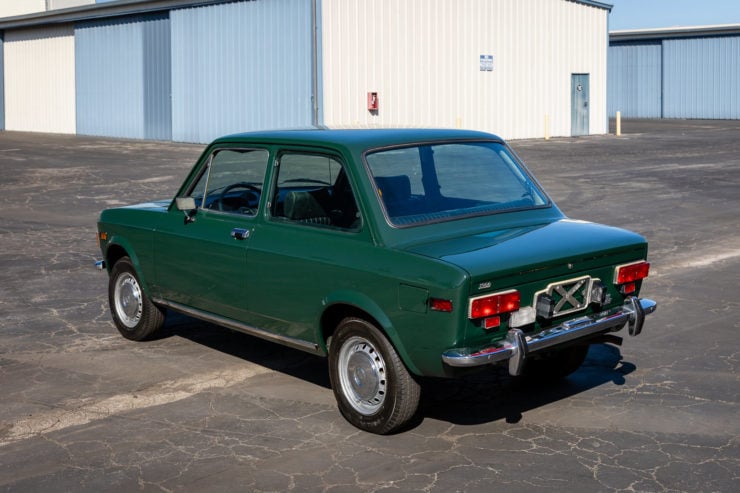 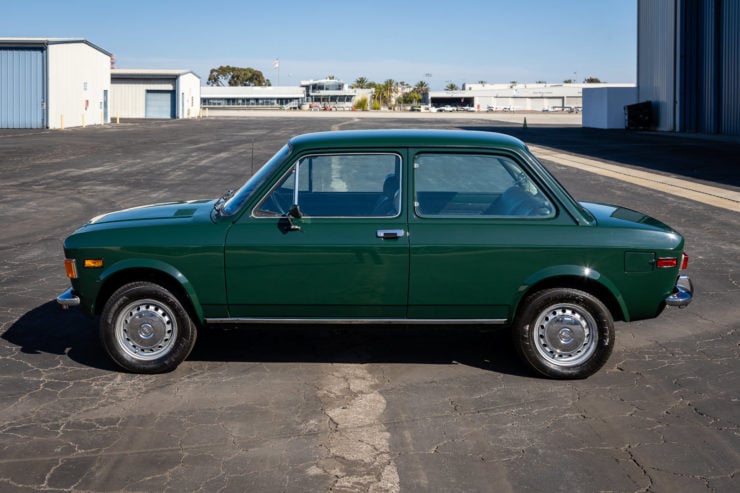 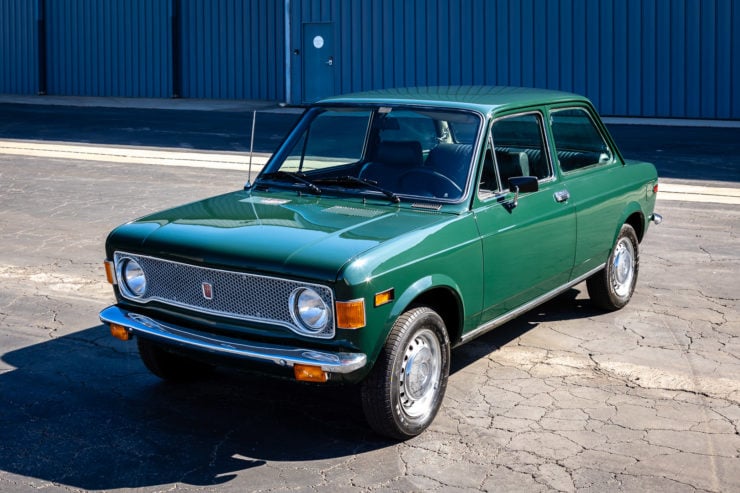 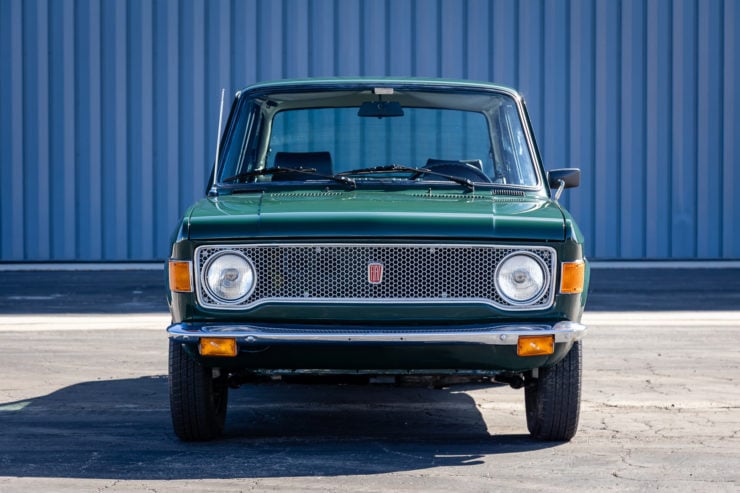