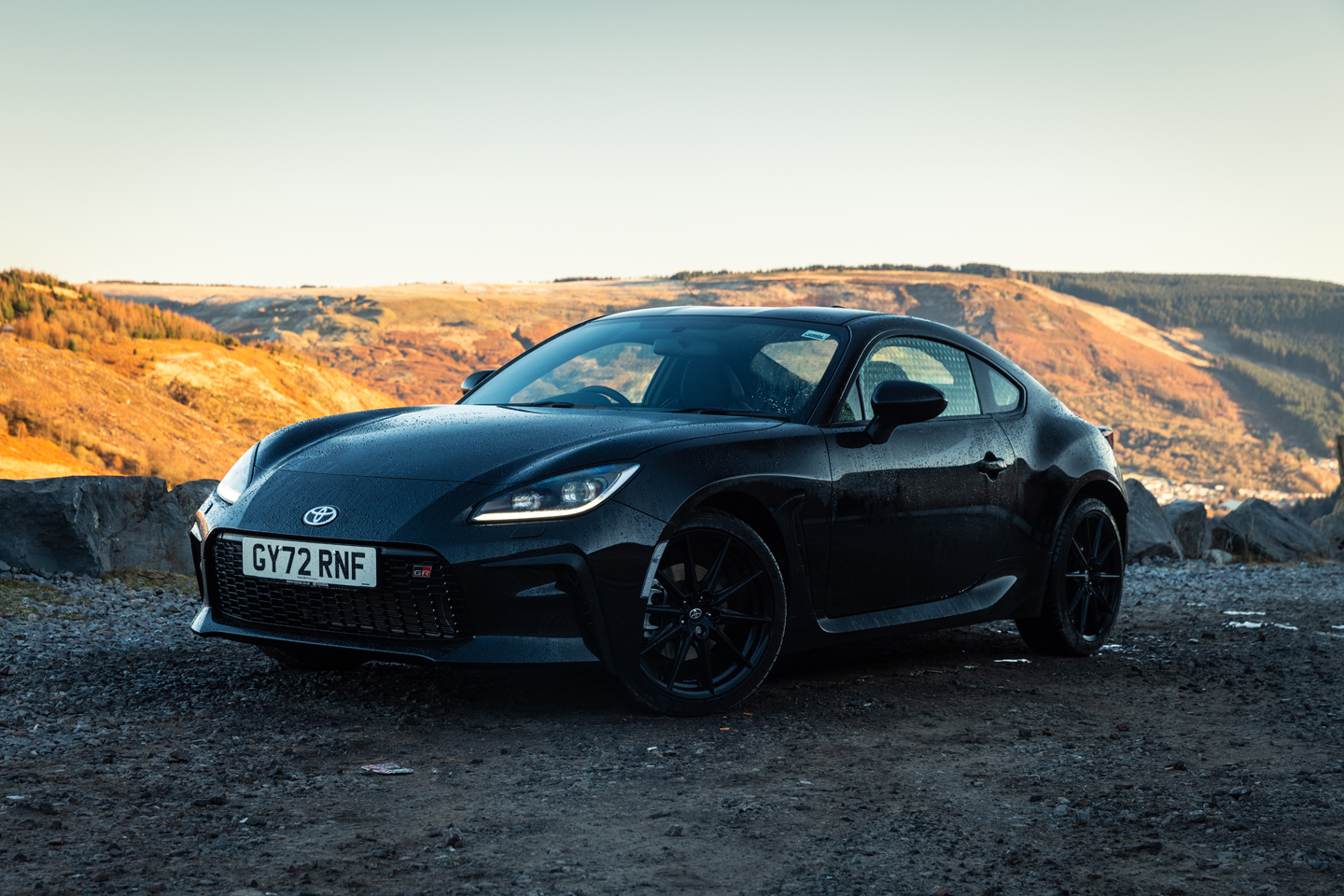 I’ll admit to a tiny wobble when it comes to my favourite car of 2022. With December’s recent cold snap in full swing, the thought of driving the GR86 to high ground on the notoriously inclement Beacons was about as appealing as turning up to the Kalahari desert on ice skates. After a significant delay, Toyota’s delivery driver dropped it off with the look of a man who’d spent the morning being deeply concerned about his job. “The back steps out a bit,” he noted, dryly. No kidding. There was already snow on the ground and more forecast. Worse still, a plan B had unexpectedly fallen in my lap: Alpina hadn’t retrieved the D4 S – a car with an engine, gearbox, chassis, drivetrain and interior custom-built for crushing miles in frigid Northern Europe. It even had a heated steering wheel. It was suddenly becoming no stretch to call it my favourite thing ever.

But I passed the test. With absolutely no help from Britain’s army of grit lorries or a well-timed break in the weather, I climbed into the GR86 after lunch on the allotted day, didn’t get stuck in the icy pub car park I’d carelessly left it in, and pointed it stoically at the rural end of the M4. And you know what, I didn’t regret it for a second. Sure, the lack of sat nav was an early blip (I know you expect me to connect my phone and use that Toyota, but I don’t want to) and the under-elbow placement of the seat heater switches meant I forgot about them and didn’t have a warm tushy till after Leigh Delamere. But everything else clicked into place like Lego Technic. Except the indicator stalks, of course. Which don’t.

But let’s gloss over the living nightmare of unwanted indicating (honestly, I can’t relive it) and focus on why you’re going to feel right at home in the GR86. For one thing, it’s one of those rare cars that feels like it was built around the driver, specifically with the business of driving in mind. And of course, it feels that way because it’s true. The seat position, control placement (and indeed, control weight) are set just so because Toyota thinks, all things being equal, that’s the way you’ll want them when you’re working hard at the business of going quickly. It also means the view out is remarkably good and you feel remarkably comfortable sitting in it, and – crucially, sensationally – you feel absolutely integral to everything that happens. 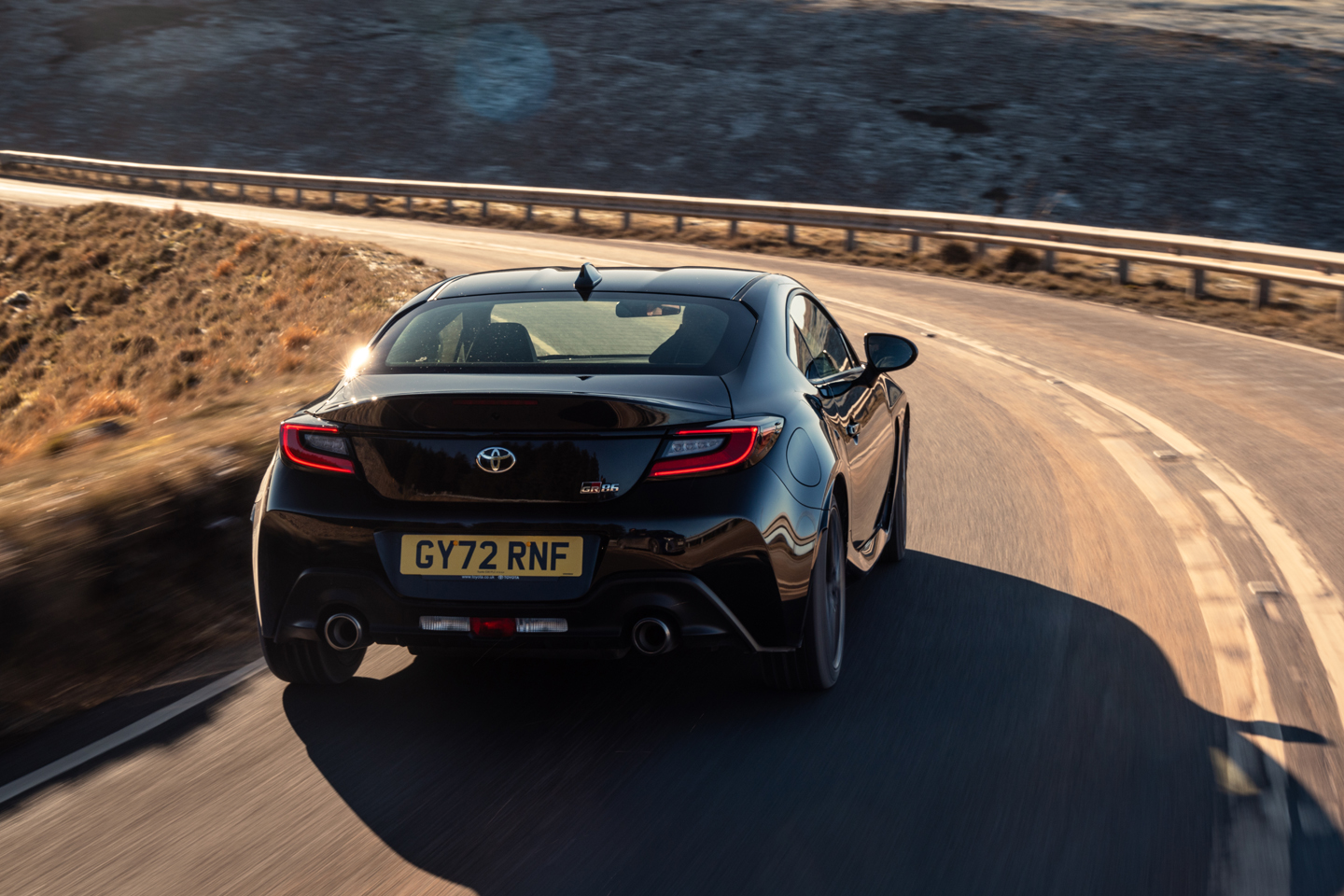 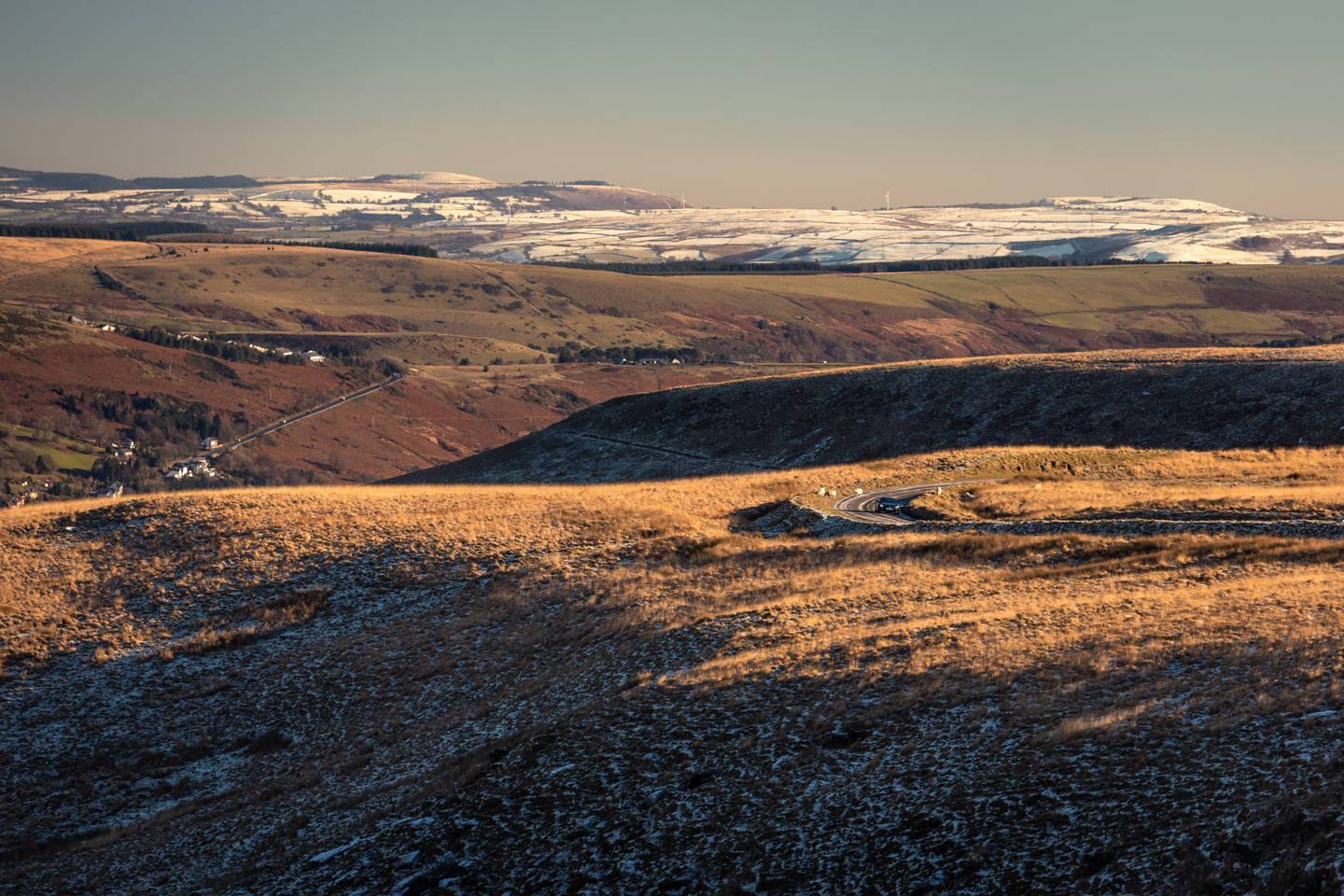 I can’t really stress that last point strongly enough. Most modern cars only let you feel in control up to a point. Then, whether you notice it or not, there is a high wall made of software code and circuit boards to a) prevent you from doing something silly, and b) smooth out the intrinsically doddery process of moving heavy machinery about. Naturally, the GR86 has it, too, but because the car also has a zingy, naturally aspirated engine, a manual gearbox, and it is comparatively light, quite small and relatively straightforward, the high wall is actually more like a negligible step. It’s because of this step that you feel not just comfy in the GR86, but also in total command. In the loveliest possible way, you feel just about everything.

Truthfully, the best car I’ve ever driven in the snow was a Caterham Seven, shod with winter tyres. Obviously, I don’t mean ‘best’ in the sense of being able to tackle anything come what may, I mean best in the sense that nothing untoward could happen without you being acutely aware of it. This meant that if you were going at an appropriate speed, you’d always have a fair shot at tidying it all up. Now, I’m not going to tell you the GR86 is as nakedly communicative as that – but it’s in the box seats of the same ballpark. On the one hand, it means that any nervousness about it being rear-drive in the coldest week of 2022 was limited to the possibility of it not actually moving beyond the Prince of Wales car park. On the other, you know in a shining instant that whatever else happens in the next two-and-a-half days, you’re almost certainly going to have fun.

And so it proved. Each of the cars we took to Wales this year was either quicker or much costlier than the Toyota. In fact, everything was both. But I didn’t feel compelled to trade places with any of my colleagues. Granted, it helped that the freezing conditions generally discouraged pushing on with too much intent (rendering any power deficit largely inconsequential) yet even in temperate weather I suspect I’d have cheerily stayed put. There’s just too much good stuff to savour, and in a car that seems uncannily well-suited to B roads. Sure, there’s the convenience of its size, and the satisfaction that comes with being able to easily place it just so – but it’s much more than that. 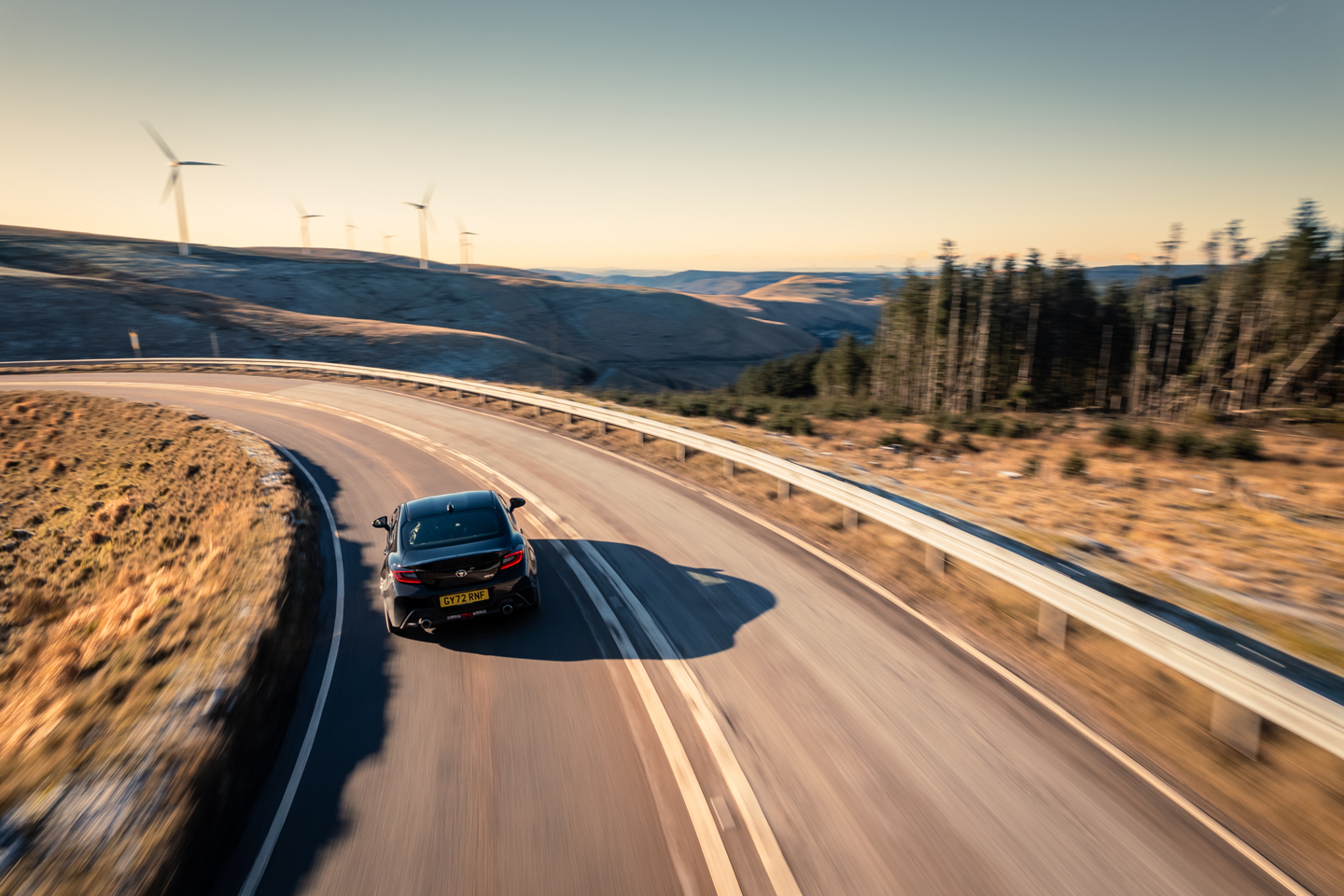 Much of it we’ve discussed at length in earlier tests. There’s the splendid compromise struck between ride and handling in the deceptively easygoing character of the passive suspension. This is made possible by the GR86’s respectably low weight, and considerably stiffer underpinnings than its predecessor received. Because it’s comparatively light, it gets away with what is still a comparatively small torque output, which means it can continue to champion a low-mounted Boxer engine uninhibited by turbocharging. And because its throttle response is so easy to measure and the car is balanced just so on a submissive rear-drive chassis, it tends to feel quite adjustable when you’re going around corners. So much so that you’re probably going to be inclined to dabble a bit. Like Da Vinci dabbled. In art.

As you might expect, it’s easy to get carried away with the GR86’s knack for rotating on demand – especially when the Track mode is liberal to the point of outright tolerance and it’s both damp and very cold – yet to talk about it too much is to detract from Toyota’s broader achievement. The GT86 could be coaxed into silly angles, too; it was the rest of the time that was the problem. In its successor, you don’t need to be at ninety degrees to the kerb to enjoy yourself. I genuinely liked driving it down the M4. I liked pottering around tiny Welsh towns in it. I really liked opening it up. I fundamentally just liked being in it. It rewards, in the most virtuous, non-threatening way, the basic physical act of driving for its own sake. What more could you possibly ask of an affordable sports car?

Universal availability, I hear you cry. And well you might. Toyota’s strangulation of the model’s production run is unquestionably among the more cruel and unusual crimes visited upon car enthusiasts in recent times. We don’t tend to begrudge the limited availability of million-pound supercars because they are, by their very nature, difficult to attain. But to have a usable, liveable and wonderfully engaging rear-drive coupe dangled in front of us for £30k, and then be told there definitely isn’t going to be enough to go around, is terribly poor form on the part of its maker. It is the one bad taste the GR86 leaves in the mouth, indicators aside. Everything else is a triumph. 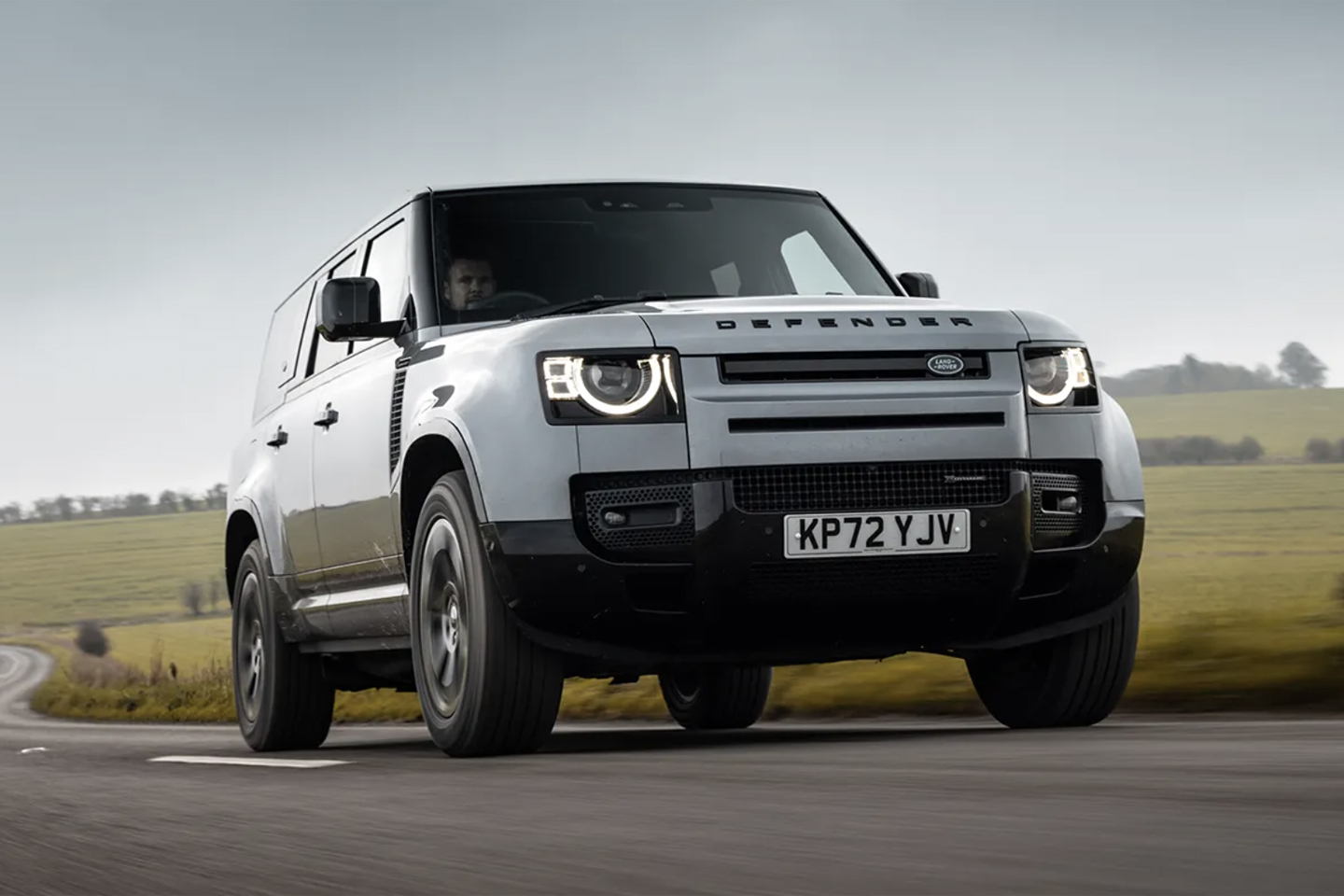 Really, this should be the Mazda MX-5 Super 220 that BBR lent us to do battle with the Alpine A110 GT back in the summer. It is entertaining enough on song to produce actual chuckling, and if you’ve not made it onto the GR86 wait list, you should absolutely consider giving its maker a call. However, in the interests of mixing it up, I’ve settled instead on the Defender 130 we drove just the other week. Why? Well, because it’s the best car I’ve ever driven that can seat more than five people, that’s why. In the very un-PH category of exceptionally large family cars, it is in a class of one. And that’s an accolade that doesn’t get applied very often. It even looks better than you might think. So, if you’re blessed with enough offspring to field your own five-a-side team – and you’re not short of a bob or too – look no further.