The high-riding Kia Xceed hatchback is due a mid-life facelift, bringing updated styling, an enhanced cabin and an all-electrified powertrain line-up.

The subtly updated Citroën C4 rival will continue to be offered with a choice of mild-hybrid and plug-in hybrid powertrain options, but the 1.0-litre and 1.5-litre petrol engines offered at launch are set to be discontinued.

Currently, the electrified Xceed offering comprises a 1.6-litre four-cylinder petrol with a 48V mild-hybrid system, capable of a claimed 55.4mpg; and a plug-in hybrid comprising a 1.6-litre petrol engine and an 8.9kWh battery pack that powers an electric motor for up to 36 miles at a time.

There’s no word on whether either of these variants will be discontinued or upgraded, but the electrification of the Xceed line-up could have it receive the 1.0-litre three-cylinder petrol mild-hybrid available in the closely related Kia Stonic.

The updated Xceed will also bring fresh interior and exterior styling, as previewed in official sketches of the 2023 model ahead of its official unveiling next week. 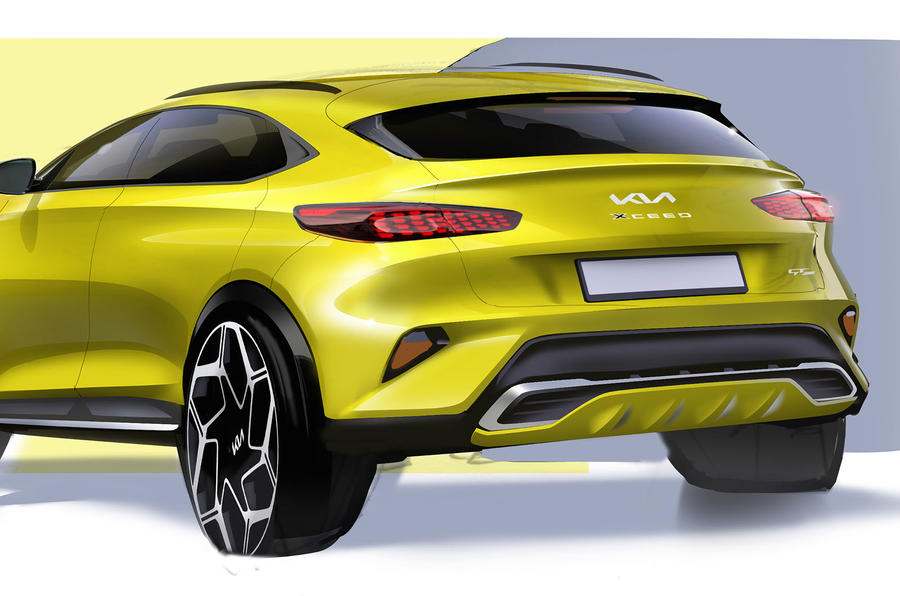 The images look to show a bolder, sharper look than the current model, with lights similar to the newer Kia EV6 but still keeping the distinctive Kia front grille.

Inside, Kia says to expect an enhanced interior over the current model, which was released in 2019. It currently offers an 8.0in touchscreen infotainment system as standard, with pricer trim levels bringing in a 10.25in screen.

The facelift also brings with it a new GT-Line trim, for the first time in the Xceed range. Available on other Kia models, expect extras to include a wireless phone charger, GT-Line badges and details, as well as tweaks to the exterior look. Plusher internal materials could also be available with the trim.