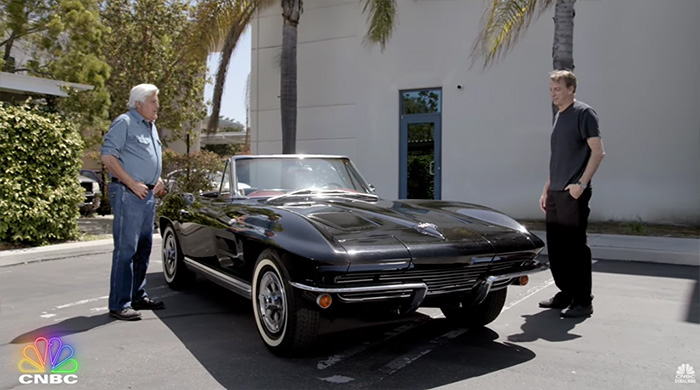 If you happen to see a black 1964 Corvette convertible that sounds like, well, like the engine has been stolen, it might just be Tony Hawk driving his now-silent electrified Sting Ray.

Back in 2019, the now-retired legendary skateboarder sent his ’64 Corvette to a California company named EV West that specializes in converting gas-run vehicles to electric power. Now, after delays caused by the pandemic, he’s finally getting to see the car for the first time in three years, and along for the ride is former Tonight Show host and car buff Jay Leno. 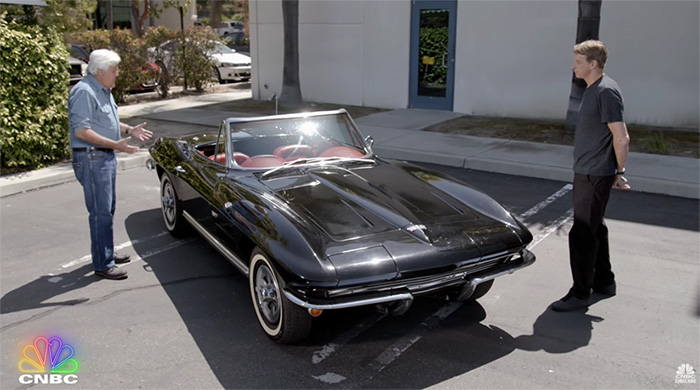 Jay quips that they could raise the hood, but there’s nothing under there but batteries, replacing the original 327 V8 gas engine that once resided there.

“We can still open it up just to piss off all the purists,” Tony says with a good-natured laugh.

“It looks like a coffin,” Jay says afterwards, looking at a silver box full of batteries and topped by an evil-looking skull emblem. He notes that you can’t even see the new motor because the back of the car where it’s located doesn’t open up. 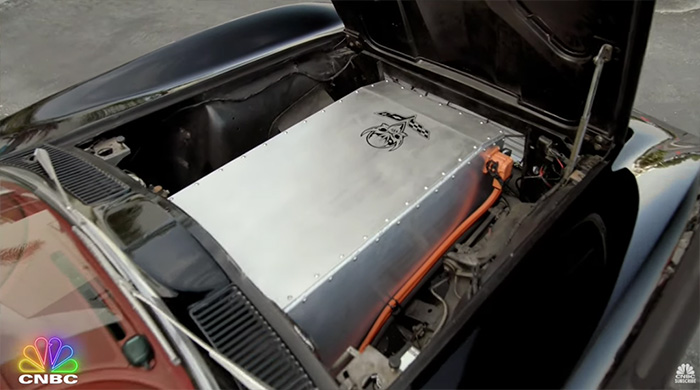 The Corvette is now powered by a Tesla small drive unit that puts out 300 horsepower and makes 2270 lb-ft of torque, with a single-speed transmission, though it can all be converted back if in the future, his grandchildren might get a wild hair and say, “My grandpa mistakenly made it electric…”

“I don’t think the Corvette purists are gonna like this very much,” Tony surmises, “but I’ve never been one to hold on to just all the original parts. I mean, we still have ’em…”

“Nothing’s been cut,” Jay interjects. “The frame hasn’t been modified. You can put the original engine and transmission back in at any time.”

“So my apologies to all the GM purists out there,” Tony quips.

“And they will hunt you down…” Jay jokes. 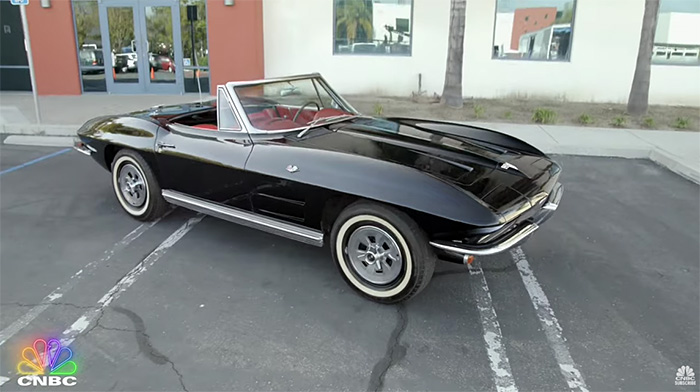 Enough talking. Now it’s time for the two men to go for a short ride in the electric Sting Ray, and after a little while behind the wheel, Tony says the handling still feels very similar. “It feels the same as it did,” he says. “I have this unconscious desire to switch gears, like right now I want to downshift so badly!”

This modern take on a vintage Corvette definitely is a lot different from the 1977 Honda Civic CVCC hatchback that Tony first learned how to drive on. He bought the car for $1,500, and his dad drove it to Tijuana and had it painted red for his birthday.

“My dad wanted me to learn how to tune up my car, which I didn’t learn,” Tony admits. 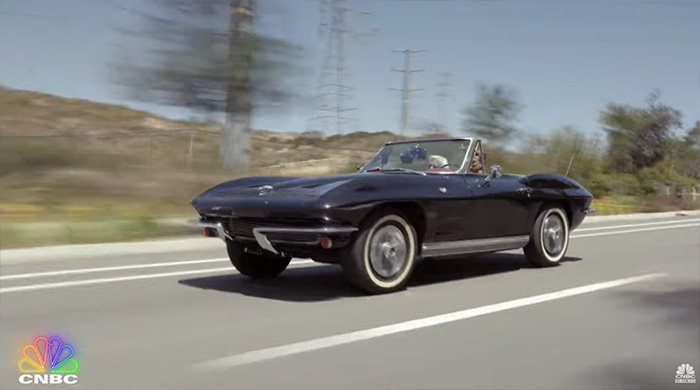 Hawk says his family was surprisingly supportive of his skateboarding career, though his dad passed away in 1995, just before Tony’s big wave of success.

“But my mom used to literally stop strangers in the airport and say, ‘My son’s Tony Hawk!’ It’s nice when I’m not with her, but when I was with her, it was awkward.”

A World War II Navy veteran, his father was a “jack of all trades” and even formed the National Skateboard Association when there was no sanctioning body for skating events “so he was a big supporter,” Tony says. 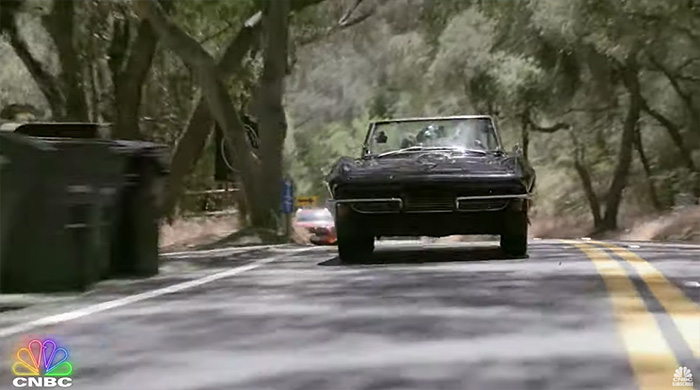 After an ultra-successful 17-year skateboarding career, Tony spends a lot with the Tony Hawk Foundation that over the past 20 years has spent more than $10 million to help build more than 900 public skate parks in low-income, underserved areas.

So if you’ve made it this far, Mr. and Ms. Corvette Purist, what do you think about this conversion?