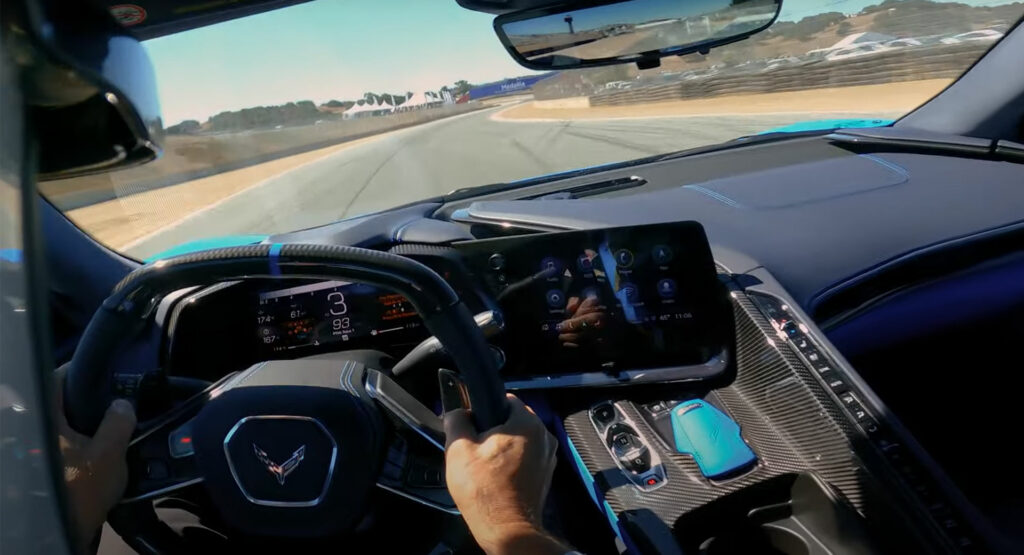 While we eagerly await the first media drives of the 2023 Chevrolet Corvette Z06, the car manufacturer continues to display and showcase the supercar at events throughout the United States.

Most recently, Chevrolet brought along a bunch of Corvette Z06s to Monterey Car Week and brought them to WeatherTech Raceway Laguna Seca, offering passenger rides to some very fortunate attendees. YouTuber Speed Phenom was one of those who had the chance to experience the Z06 firsthand and as we all expected, it seems like quite the animal.

It is no secret that the Corvette Z06 has really excited enthusiasts thanks to its use of a 5.5-liter V8 that just so happens to be the most powerful naturally-aspirated V8 ever fitted to a production car. With 670 hp and 460 lb-ft (624 Nm) of torque, this engine is extraordinarily impressive and made all the more amazing by the fact that it has an 8,600 rpm redline. Mated to the engine is an improved version of the standard Corvette’s Tremec eight-speed dual-clutch transmission.

The driver of the Z06 wasn’t pushing it to its absolute limits but was very happy to rev out the engine through all the gears. As you may expect, the experience seems to be dominated by the soundtrack of the V8.

Key to the engine’s high-revving nature is the fact that it has a flat-plane crank, much like V8s from the likes of Ferrari and other European supercar manufacturers. The Z06 sounds dramatically different than any other Corvette before it yet also has a different soundtrack than a Ferrari 458 Italia, for example. It produces less of a howl than the Ferrari and has a more mechanical tone to it which makes sense given that it was originally built for the C8.R race car.