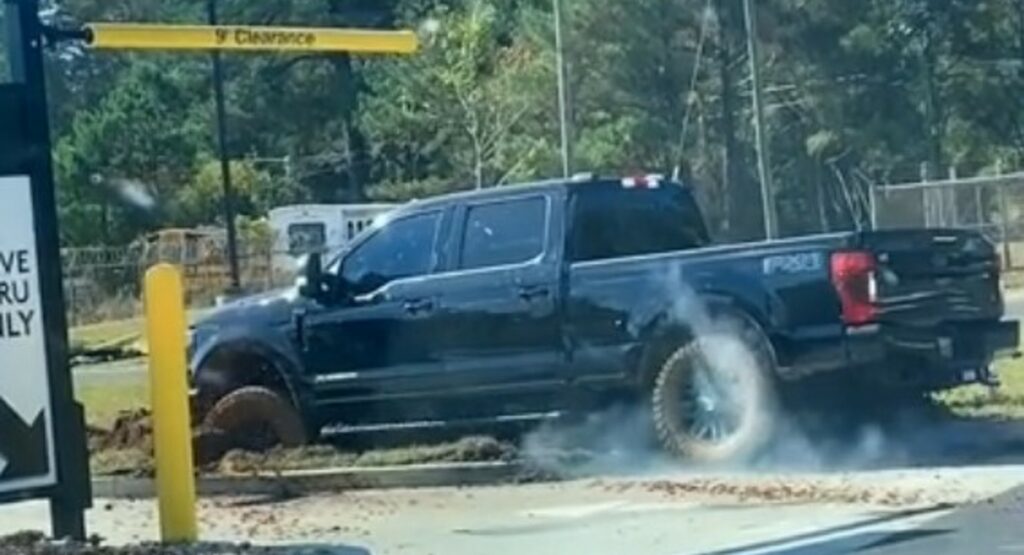 Everyone has experienced the feeling of embarrassment. For some of us, those moments have come while behind the wheel. We’ve even asked you about some of those moments. Sadly for one jacked-up truck driver at a drive-thru, the ancient proverb that pride comes before a fall proved all too true, almost literally.

Inside of this short clip that comes in just under a minute we see things go from no big deal to “that’ll be an expensive tow job” in no time. Within the very first second of the film, we see the genesis of the issue. The driver of this lifted Ford pickup truck has, for whatever reason, decided to abandon their effort to obtain sustenance.

Maybe this person had a hankering for a McRib and the employees had just told the driver that it was sold out at this location. We may never know exactly what led this driver literally over the edge of the pavement and into a grassy field but that’s where their trouble begins.

Read: Car Thief Somehow Gets Stuck On Stairs At A Spanish Bus Station 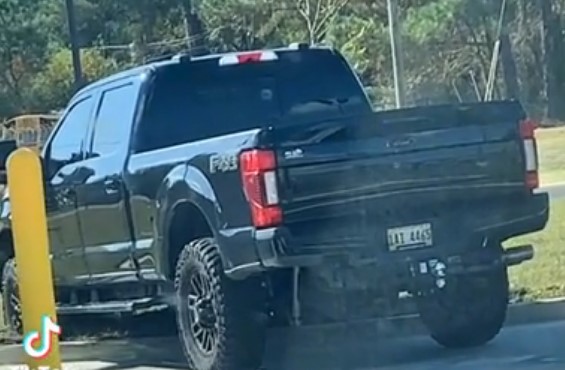 As the front tires sink deep into what proves to be very soft turf we understand the title of the Reddit post, “Let’s keep on driving on this soft ground, instead of backing out!” As if any of us needed any more foreshadowing, moments later the truck’s front tires are axle-deep in the muck. And of course, instead of backing out of the predicament with its very concrete-grounded rear tires, the driver goes forward.

With all four tires in the mud, the truck sinks down until its lift is all but completely disguised by the earth. In a moment of clarity, the driver puts the truck in reverse and manages to free one of the tires but immediately stops progress as soon as that happens. What comes next are 30 full seconds of somewhat comical futility as the pickup struggles to gain any traction at all.

Despite mashing the gas pedal (the thing that got the driver into this situation in the first place), nothing fruitful comes from their attempts. The truck slides and ends up in an even more precarious position. For all we know, it’s still stuck there right now. What good is a lifted truck when the person driving it has zero common sense?